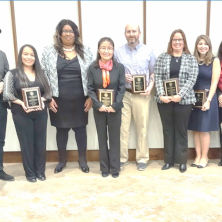 2022 College of Arts and Sciences Faculty of the Year 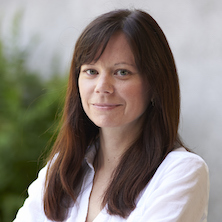 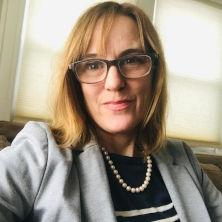 Dr. Redwine has two books coming out this spring, Gender, Performance, and Authorship at the Abbey Theatre, with Oxford University Press, and, with co-editor Amrita Ghosh, Tagore and Yeats: A Postcolonial Re-envisioning. She edits, with Martha Carpentier, the online journal Critical Inquiries into Irish Studies.

Elizabeth Brewer Redwine is a lecturer in the English Department and the President of the New Jersey College English Association. Dr. Redwine was invited to speak at Maynooth University's Disability and the Archive: Terese Deevy in Context in February 2021 and at Fordham's Irish Women Writers Symposium 2020: Irish Women and Film in September.

Recent publications include "How Cathleen Became Mrs. Monihan: Sara Allgood's 'Grave Acting' and Irish Female Performance" in Cambridge University Press' New Theatre Quarterly and "The Big House in Flames: Constance Markievicz and Yeats' Response to the Rising" in The Chesterton Review. Dr. Redwine recently presented at a panel on Irish Women's Political Writing at the January 2018 MLA Conference in New York and chaired and presented at the Montclair Literary Festival in March 2018. She teaches Core I and Core II as well as English 1201 and 1202, Great Books classes, and Literary Genres and Precedents.

2022 College of Arts and Sciences Faculty of the Year