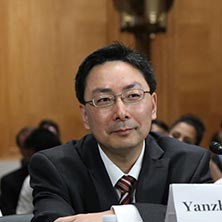 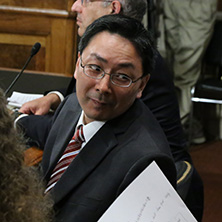 Dr. Yanzhong Huang joined the School of Diplomacy and International Relations in the fall of 2003. He directs the School's Center for Global Health Studies, which examines global health issues from a foreign policy and security perspective. He is also a Senior Fellow for Global Health at the Council on Foreign Relations and the founding editor of Global Health Governance: The Scholarly Journal for the New Health Security Paradigm.

He has written extensively on global health governance, health diplomacy, health security, public health in China and East Asia. He has published numerous reports, journal articles, and book chapters, including articles in Survival, Foreign Affairs, Bioterrorism and Biosecurity, and Journal of Contemporary China, as well as op-ed pieces appearing in New York Times, International Herald Tribune, The Diplomat, and CNN’s Fareed Zakaria GPS, among others. In 2006, he coauthored the first scholarly article that systematically examines China’s soft power. His book, Governing Health in Contemporary China, looks at the health care reform, government ability to address disease outbreaks, and food and drug safety in China. Most recently, he was listed by Inside Jersey magazine as one of New Jersey’s “20 exceptional intellects who are changing the world.” He is frequently consulted by major media outlets, the private sector, and governmental and non-governmental organizations on global health issues and China. He was a research associate of the National Asia Research Program, a public intellectuals fellow of the National Committee on US-China Relations, a visiting senior research fellow at the National University of Singapore and a visiting fellow at the Center for Strategic and International Studies (CSIS) in Washington, DC.

Dr. Huang received his Ph.D. degree in political science from the University of Chicago. In summer 2006, he obtained a certificate from MIT's Professional Program on Combating Bioterrorism and Pandemics. During 1992-1993, he was a graduate student at Johns Hopkins University's Center for Chinese and American Studies, Nanjing, China

Watch a video where Professor Yanzhong Huang discusses global health challenges worldwide, careers in the field, and opportunities for global health study at the School of Diplomacy and International Relations »