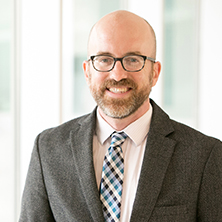 My research focuses on early modern drama, with a focus on Shakespeare. I am particularly interested in how performance of that era can conduct philosophical and spiritual work. My most recent book, The Philosopher’s Toothache: Embodied Stoicism in Early Modern English Drama (Northwestern, 2021), explores how Stoic philosophy became realized in Shakespeare’s day as a theatrical, embodied practice, rather than simply as a set of doctrines. I am also the author of Second Death: Theatricalities of the Soul in Shakespeare’s Drama (Edinburgh, 2016), which examines how the figure of the soul caused a crisis in dramatic representation. Editorial projects include a special issue of The Journal of Medieval and Early Modern Studies, with Ineke Murakami, on the topic of “Performance Beyond Drama”; Shakespeare and Virtue: A Handbook, with Julia Reinhard Lupton (forthcoming from Cambridge); and Early Modern Liveness: Mediating Presence in Text, Stage, and Screen, with Danielle Rosvally (under contract with Arden Shakespeare). I have published essays in several journals, including Shakespeare Quarterly and English Literary Renaissance, and in many collections, including The Routledge Companion to Shakespeare and Philosophy and Lesser Living Creatures of the Renaissance. I am a member of the American Society for Theatre Research (ASTR) and the Shakespeare Association of America (SAA) and have organized working groups and given talks at both of those organizations. Since 2020, I have been Book Review Editor of Theatre Survey. And I have co-authored, first with Robert Cohen and recently with Michelle Carriger, several editions of the textbook Theatre, published by McGraw-Hill Higher Education, which is entering its 13th edition.

I teach classes in many topics, ranging from Shakespeare to early modern literature to modern drama to literary theory. I also frequently co-teach the second colloquium in the Honors Program. As the current Director of Graduate Studies for the English department, I am passionate about our M.A. program and always happy to speak with prospective students.