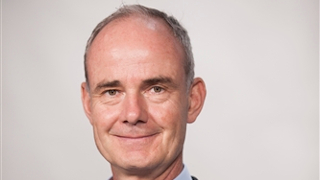 The International Committee of the Red Cross (ICRC) has been using humanitarian action, policy, and diplomacy to combat the impacts of contemporary warfare, according to Gilles Carbonnier, the vice president of the ICRC at a School of Diplomacy event on March 18.

One of the distinguishing qualities of the ICRC is that, although it is a private organization under Swiss law, it is bound by international humanitarian law (IHL), which applies in situation of armed conflict, Carbonnier said. This is important to note since the founding of the IHL paralleled that of the ICRC. Carbonnier described this moment as "the birth of the laws of armed conflict that seek to preserve humanity in the worst of the conflict."

"What we do at the ICRC is promote IHL all the way from assisting states to adopting national laws and regulations to ensuring that it is embedded in training manuals and training programs of armed forces and also police forces when it comes to law enforcement," Carbonnier added.

Carbonnier also addressed the common question of whether IHL works. Without attempting to sound overly optimistic, he acknowledged that while there are sometimes egregious violations of IHL, it does very often work in practice.

Another specific distinction of the ICRC is that while many other humanitarian organizations focus on specific sectors or target groups, the ICRC focuses on a multifaceted response to help people affected by armed conflict according to their priority needs, Carbonnier clarified. According to him, the ICRC does not simply provide assistance, but also works to protect people in armed conflict.

An important feature of the ICRC, Carbonnier noted, is that it acts as a neutral intermediary in war. For example, the organization arranges as a neutral intermediary dignified distribution of human remains to families. In October 2020, the ICRC arranged the turnover of over 1000 detainees to the operation in Yemen using confidence building measures after two years of diplomatic talks building on the 2018 Stockholm Agreement.

According to Carbonnier, three main challenges of contemporary warfare today are the "protracted nature of conflict, the fragmented nature of parties to the conflict, [and] the fact that war is happening more in urban centers and settings." He also warned against the privatization and criminalization of conflict. "We see endemic violence because of gangs and organized crime, which is driving displacement and endemic violence in Central America, a case in point," he noted.

"Over half of the countries that are most vulnerable to climate change are also impacted today by armed conflicts. The convergence of climate risk and conflict aggravates food insecurity, economic insecurity, it weakens access to essential services," Carbonnier furthered. He added that the ICRC stands ready to work with the United States and others on global COVID-19 vaccine deployment to ensure equitable distribution.

According to him, the ICRC has been helping states better mobilize financial resources to combat these challenges are through diplomatic and humanitarian relief efforts Two ways are by encouraging states to provide essential services to the population and by mobilizing donors and international partners.

When asked to provide practical examples of how the ICRC engages with state and nonstate actors, Carbonnier emphasized the importance of going beyond engaging directly with all parties to the conflict. "It is critical for us to engage all those states that can wield a positive influence on parties to the conflict in terms of respecting international humanitarian law." "It is critical also to ensure that the norms embedded in the Geneva Conventions resonate with diverse cultural and religious tradition."

One example of how the ICRC has merged the universality of IHL with specific cultural environments is by working with Muslim scholars to highlight fundamental principles of IHL and norms under Islamic law. While humanitarian action and diplomacy are methods of combating the challenges of contemporary war, these methods are not applicable to all conflict areas.