Diplomacy Celebrates the Achievements of our Alumni During Hispanic Heritage Month 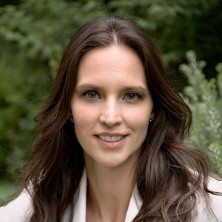 As an affiliate member of the Association of Professional Schools of International Affairs (APSIA), Seton Hall's School of Diplomacy and International Relations has created a diverse group of leaders ready to take on the challenges of the diplomatic and professional world. During Hispanic Heritage Month, several of our accomplished alumni have been recognized in the field for their achievements. Here is a sample.

Ana Kolodzinski, M.A. '06, was recognized by U.S. Department of State. The State Department shared this profile on Ana's work.

Ana Kolodzinski is a Division Chief in the Family Liaison Office (FLO) within the U.S. Department of State. Currently finishing eight years of service, she joined FLO in late 2019 after serving as the Regional Global Employment Advisor (GEA) for five years.

Ana's Colombian heritage is a driving force in her public service career. She is a certified Leadership Coach. She holds a dual M.A. degree in Strategic Communications & International Relations from Seton Hall University and a B.S. in Political Science from California Polytechnic State University, San Luis Obispo. 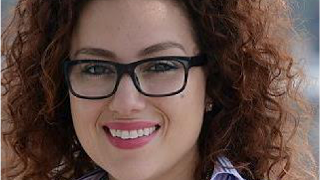 As the profile shares, Linda Manus is passionate about working with the Latinx diaspora community in South Chicago. Currently serving as Principal of Geia Strategies LLC, she has led racial healing circles to provide transformation among diverse groups and participated in the 9th Global Diplomacy Impact Lab to explore global and local solutions for urban violence.

Linda has served as White House Liaison at the USAID and in the Executive Office of the President at the White House. She was a legislative aide in the House of Representatives, advising on foreign affairs and interned on the Africa and Global Health Subcommittee. During her undergraduate career at the School of Diplomacy, she interned at the Embassy of Greece and the Permanent Mission of Cote d'Ivoire at the United Nations.

Born and raised in New Jersey, her mother and maternal ancestors hail from Chota, Cajamarca, Perú. She was also named one of 40 Under 40 Latinos in American Politics by Huffington Post in 2015. 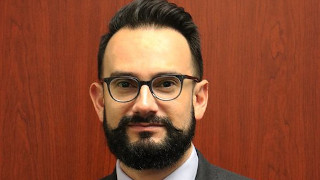 C. Eduardo Vargas Toro, MA '07, was also recently recognized by New America as well as named one of 40 under 40 Latinos in American Politics by the Huffington Post in 2015.

Eduardo Vargas serves as a Special Adviser for the President of the International Center for Religion & Diplomacy. During the Obama Administration, Eduardo was Deputy Director of the Center for Faith Based & Community Initiatives at USAID. He also served as Director to the United Nations DPI/NGO Executive Committee. Prior to that, heled a variety of NGO and refugee programs, development assistance projects, and advocacy campaigns with Caritas Internationalis, Intersections International, and the Global Alliance for Community Development.

An accomplished speaker and author, he has made appearances on CNN, Al Jazeera, Foreign Affairs, FOX News, and Telemundo.