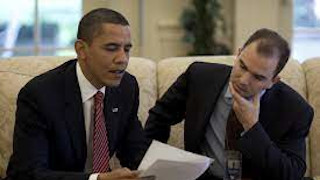 Entering its fourth year of existence, the National Security Fellowship (NSF) at Seton Hall has proven to be a fruitful partnership between multiple U.S government agencies and the ambitious and talented students that make up the School of Diplomacy. The NSF is a student-driven team composed of first- and second-year graduate students, who question, analyze, and conduct research under the guidance of alumnus and Department of Defense consultant Mohamad Mirghahari, B.A. '02/M.A. '04.

The topic and research focus for the 2020-2021 NSF Team was assigned to the group by the Department of Defense and revolves around Great Power Competition in the 21st Century through the lens of Counterterrorism. To give his bright team of scholars a holistic view about the framework of complicated topics such as international security, counterbalancing, and how violent extremist organizations operate, Mr. Mirghahari has introduced an impressive lineup of speakers who have a diverse set of experiences within global security, ranging from cybersecurity to field operations and resource management.

In early February, Ben Rhodes was invited to speak to the NSF Team, where he lectured and advised the group on their set of proposals. Rhodes has established himself as one of the most influential experts within the field of international relations, having served the Obama Administration as Deputy National Security Advisor for Strategic Communications and is currently co-hosting the popular Foreign Policy podcast: "Pod Save The World."

Rhodes' unique experiences as a White House Staffer gave the NSF team beneficial recommendations towards improving their report by offering an intimate view of where U.S Foreign Policy often falls short. Rhodes then fielded questions from the group of eager students, who proceeded to ask questions relating to Great Power Competition, such as how to effectively leverage resources against China and Russia in critical areas of the world, alternative prevention/de-escalation strategies, navigating interagency cooperation, and the need for a clear and consistent strategic messaging campaign for the U.S' allies in specific regions. He concluded his message by offering some words of advice, emphasizing the need for greater diversity and inclusion within all fields of the U.S political system, as well as the foreign service.

First-year Graduate student and NSF member Bradley Kaufman was excited about the opportunity to speak to Mr. Rhodes, and said of the experience, "It was an amazing experience to be able to speak to Mr. Rhodes. He was such an engaging and accessible speaker in the way he managed to break down complex concepts. It felt like we were all a guest on his podcast."