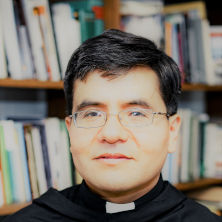 His doctoral thesis is titled "Christianity in the Work of Alasdair MacIntyre." He has taught Philosophy and Moral Theology since 2005 in Peru and in Spain and currently at Seton Hall University.

In addition to numerous articles, his publications include three books: Christianity in the Work of Alasdair MacIntyre (Editorial Franciscanos T.O.R., 2014); Forgiveness, Decision and Responsibility: A Philosophical Reflection from Jacques Derrida (Editorial Síntesis, 2015); and Morality as a Path in Theology of Joseph Ratzinger (Editorial Perpetuo Socorro, 2018).