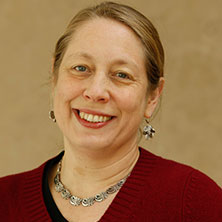 I have been at Seton Hall University since 1995, teaching a wide range of English and Women's Studies courses, including Medieval Literature, Chaucer, Women and Literature I, History of the English Language, and Literature of Adolescence. I also teach in the College English and Core programs. Since 1998, I have been the Director of Graduate Studies in English, coordinating our M.A. Program.

My research interests are in Medieval Literature, Medievalism, cultural studies, and gender theory. Besides, and often alongside, medieval literature, I have written about baseball, science fiction, and reality television. Because I love studying languages, I write on Old and Middle English, Old French, Spanish, Italian, and Old Norse literature, with occasional ventures into Latin, Provencal, and Ladino.