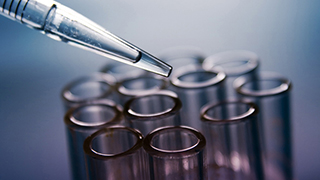 The seminar will be held on Tuesday November 6, 2018 from 5:45 – 7:00 p.m. in the Helen Lerner Amphitheater, Science and Technology Center, Seton Hall University. Refreshments are available at 5:30 p.m.

Frank Hung received his Bachelor of Arts in Chemistry from Queens College, City University of New York in 1991 and Master of Science in Chemistry from Rutgers University, State University of New Jersey in 1996. He had worked Hoffmann-La Roche Inc. from 1990 to 2013. Hung currently studies computational modeling focusing on catalytic systems under Dr. Stephen P. Kelty in the Center for Computational Research in collaboration with Dr. Robert L. Augustine in the Center for Applied Catalysis at Seton Hall University.

The important parameters in the heterogeneous catalyzed dissociation of the C-N bond of benzylcyclohexylamines (BCHA) on palladium surfaces using computational methods were investigated and determined with the goal of helping to establish predictive methods. Linear free-energy relationships such as the Hammett plot method, although often useful for gas or solution phase reactions, do not appear to offer sufficient predictability of hydrolysis reaction rates, at least for BCHA.

First-principles and density functional methods were used to determine the variation in properties as a function of changes in a substituent on the benzyl ring. The ring substituents include methyl-, methoxy-, isopropyl-, perfluoromethyl-, and unsubstituted substrates in the gas and adsorbed phase. The calculated properties include the variation in C-N bond length, bond order, electron density, absorption energy, and effective atomic charge. These properties were compared with experimental reaction rates measured in Prof. Augustine's group in the Center for Applied Catalysis.

The reaction rate was weakly correlated with the electron density of the nitrogen atom when adsorbed to Pd(111). However, the mode of adsorption, CN bond destabilization, and other calculated properties do not vary significantly as a function of substituent. It is apparent that in contrast to simpler systems (with fewer than 5-10 atoms), the rate of hydrogenolysis of larger systems such as BCHA and how these rates might vary as a function of substituent are controlled by subsequent steps in the mechanism.

The Department of Chemistry and Biochemistry offers B.S., M.S., and Ph.D. degrees with specializations in all areas of chemistry. Our unique research environment, including traditional full-time students and part-time students is designed to foster collaborations with industry and colleagues in other disciplines. The Rose Mercadante Seminar Series is named for Rose Mercadante, the departmental secretary for over 40 years, in honor of our alumni, her "boys and girls".