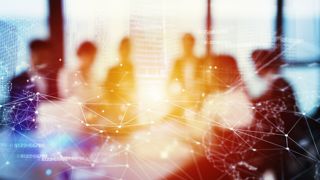 The results of the Future of Leadership Survey: 2021 are in. More than 900 Seton Hall University students and recent alumni — members of the Gen Z emerging workforce — reveal several notable shifts in the future of leadership from broadly perceived norms. Responses to The Future of Leadership Survey: 2021, research designed by faculty in the Stillman School of Business and the University's Buccino Leadership Institute, indicate: a shift toward acceptance of diversity in the ranks of future leaders; that perception of the most influential leaders in their formative years — someone at home or at school — does not appear to be predictive of their perception of the persona of a mid-level leader in the workplace; and an increased desire for engagement from employers — whether it is in dealing more effectively with crisis and failure, in preventing worker alienation, or in managing work-life balance.

The survey questions focused on respondents' impressions of an outstanding leader, linking their identified leader with specific behaviorally-based reflections about this leader. Then, a series of statements were posed about physical traits of leaders, nested in prior traits research, some of which is over 50 years old. From there, survey questions were constructed to seek respondents' input on important competencies and values of the mid-level leader. These questions were posed to obtain a form of leadership trajectory for young leaders — the competencies and values that would be important in a leadership position they envisioned 10 years or so into their own future, as well as the competencies and values they would be seeking from their own boss. Other questions focused on challenges facing future leaders and how best to develop leaders of tomorrow.

The survey findings, along with analysis by research authors Professors Ruchin Kansal, Karen Boroff, and Steven Lorenzet and graduate student Alexander McAuley (all from the Stillman School of Business), are explored at length in the latest edition of In the Lead, a magazine that addresses the topic of leadership, with a focus on sharing leadership perspectives from the field.

Among the key findings:

Growing up, Mom is the most influential leader

Survey respondents were asked to identify the most influential leader thus far in their life, someone they had observed personally, and to rate behaviors to determine the personality traits of these leaders.

The researchers sought to understand the current generation's views on the relevance of physical traits in their perception of a leader and whether physical traits would be less important to respondents—specifically, what leaders do versus how they look. The survey respondents were presented with six predominantly studied physical traits— attire, attractiveness, deep voice, hair, health, height and physical fitness—and were asked to rate them.

The Middle Level Leader is adept, collaborative, inclusive, persistent, a good communicator and a problem solver

Survey respondents were asked to pick three competencies and values they would seek if hiring a mid-level manager/leader in their organization.

The importance of employee engagement

Responses to questions about the top three challenges facing leaders today point strongly to the need for better employee engagement.

A preference for high-touch leadership development

"Our findings indicate that, according to this snapshot of today's emerging workforce, the discipline of leadership is evolving," said Kansal, lead author of the research, former Chief Strategy and Transformation Officer and Instructor in the Department of Management in the Stillman School of Business. "The future of leadership embraces diversity, believes leaders can be developed and expects leaders to have strong people and engagement skills. Combining these attributes with high-touch leadership development models can unleash a future generation of leaders that will shape our future. Borrowing from the world of mathematics, these future leaders are like vectors—with their own magnitude (intensity of training and development) and direction (values and competencies)—and they will become leaders in their own right."

"What is powerful to observe is that, regardless of the generation, and regardless of how the nature of work has changed over time, individuals still value the importance of the intrinsic value of what they do at work," said Dr. Boroff, professor and dean emeritus. "Leaders must continue to strive to design work and structure positions where it is clear that employees see the value in investing their best in what they do."

"Organizations have interesting decisions to make when it comes to developing the next generation of leaders," added Dr. Lorenzet, associate dean and associate professor of management. "They will have to consider what content to include and where to send future leaders for developmental experiences. Our findings suggest there is room for industry-academic partnership with leadership competencies being developed through experiences in both settings. The opportunity exists for academic institutions and companies to collaborate to make a meaningful impact on the future of leadership."

For more on the survey results, read the latest edition of In the Lead magazine.