Entrepreneur Enhances Global Communication One Meal at a Time 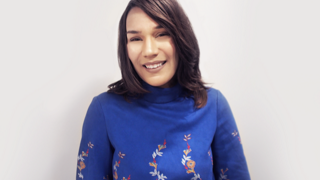 More than ever before, people all over the world are cooking at home.  Quarantining, socialization, income concerns, restaurant closures, and health benefits are only a few of the reasons that domestic cooks are frequently breaking out their cookware and recipes to provide for their own nutrition and enjoyment.

Earlene Cruz ('14), has been ahead of her time since she founded KitchenConnection.org in 2012.  Kitchen Connection provides an international platform for lay and professional cooks to host (or participate) in live interactive cooking classes.  Since earning her Bachelor of Arts in business administration, management and international business, with a certificate in entrepreneurship, and a minor in French, Cruz set out to make a difference in the world.  And she, quite literally, has done just that. 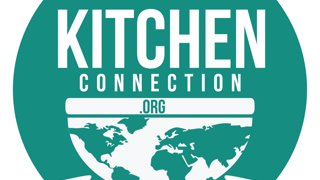 Kitchen Connection has since become a player on the international stage with over 120 countries represented.  Hundreds of chefs, home cooks, and foodies can meet and greet in a place where they can support worthy hunger causes while learning to cook unique meals from around the world.

Her first foray into international waters began in 2012, when Cruz applied for a program called Semester at Sea in Fall of her junior year at Seton Hall.  The Semester at Sea Study Abroad program integrates coursework and field experience in a global setting for students interested in learning about other cultures.  She joined a cruise ship with approximately 1,000 other students.  Some of the countries where she traveled on that trip were Spain, Morocco, South Africa, Argentina, and Ghana.

As fate would have it, Cruz lost her wallet in Spain.  "I didn't want to call home and tell them," she explains, "and I only had fifty dollars cash in my cabin."  Fate did not disappoint. "[At the time] I was interning at the French Embassy, and I learned about a home exchange network.  We were about to port in Ghana," she shares, "and I messaged people on that network, where I discovered a person who agreed to host me in Ghana."  Without bandwidth on the ship, and no photos associated with emails, Cruz took a gamble that paved a fortuitous career path.  A car came to pick her up and took her to a home in Ghana, where seven family members treated her as one of their own.

"For five days I was sleeping and cooking and cleaning with the ladies as part of their daily lives," says Cruz. "It was wonderful for me.  They knew I had no money, and they didn't ask for anything in return."  As she sat on the floor with them, eating plantains and a dish called "Red Red (an African bean dish stewed with a special spice)," Cruz thought about how she would probably never see this generous family again, nor would she be able to share Red Red and plantains with them again.

When she returned to the ship, she made notes. "I thought, maybe I could have a video with one of them and try to make these dishes."  The idea for Kitchen Connection was born.  Thinking through a "business lens," Cruz reveals that she began formulating her thoughts as the ship headed back to the U.S., and every day since she returned to campus. "I knew I couldn't go back to a normal everyday experience," she says.  As a first step, Cruz decided to acquire startup business skills by taking entrepreneurship courses and pursuing Stillman’s certificate in entrepreneurial studies.

Call of the Sea and Distant Lands -

Shortly thereafter, Cruz discovered that Semester at Sea featured a social entrepreneurship program, and she met with Stillman School of Business Dean Joyce Strawser, and Susan Scherreik, instructor and Director of the Center for Entrepreneurship Studies, to pitch the idea of spending the last semester of her senior year doing market research at sea.  When she obtained their approval, Cruz set out to pursue her global interest—and ultimate destiny.

Compiling research during her senior year on the ship, Cruz was "hyper-focused" on interviewing chefs and farmers in every port about the feasibility of contributing to a project like this. She visited 20 countries, including Myanmar, South Africa, Singapore, India, and Thailand. These encounters served to solidify the need for Kitchen Connection, where an online platform would host interactive cooking classes and discussions in support of a better worldwide food system.

It was during her discussions with people of so many countries that Cruz tapped into the unique factors of indigenous people around the world.  One of the main concerns she has chosen to support is "food insecurity," a phrase that she explains as "prolonged stages of lack of access to food (either quality and/or quantity).  There is also something called "intra-household food insecurity," wherein typically women and young people bear the brunt of a weak food system because they will often sacrifice their food to give it to their families.

Scherreik amplifies Cruz's authenticity.  "Earlene is an idealistic young social entrepreneur who is changing the world," says Scherreik.  "The way she shares her initiative and effort in a global humanitarian context is admirable."

"There's a big disparity," laments Cruz, "regarding women in some places.  Most often they are the ones doing the cooking for the households.  However, they are not winning awards, and they are not allowed to earn money using their skills."  In one country she visited, women were not allowed in the cafes, and they did not eat at the same table as the men.  "They will give the husband and the son(s) the most food.  Mother and daughters will have the least amount of available food.  "Women need a voice," states Cruz, who is a true advocate for these women.  "They are starving at a higher rate than men."  She walks her talk as a Youth Ambassador for the United Nations, working on food scarcity solutions through Kitchen Connection.

"Earlene's efforts are calling attention to global food scarcity issues," states Scherreik, "and how women often suffer the most.  She is a wonderful role model for our students and for our Seton Hall University community, as a true servant leader." For Cruz's outstanding efforts, the Stillman School awarded the young entrepreneur its Emerging Entrepreneur Award in 2015 at the annual Entrepreneur Hall of Fame Induction Dinner.

Another positive aspect of Kitchen Connection is the promotion of "gastrodiplomacy," which Cruz describes as a way for people of different countries, in which there may be misunderstandings and cultural differences, to come together to learn about each other through the interactive cooking experience.  Linking two cultures through online communication and conversations, she believes, helps to create a better understanding of one another.

Cruz has been recognized, not only with her online platform, but as a highly regarded contributor to the world of cooking and a significant player in the realm of bringing people together from all over the world through sharing recipes and preparing them together.  In 2016, Cruz was honored as a James Beard Foundation National Scholar recipient for her work in "sharing meals" through virtual interaction.

She shares a story about a time during her start-up activities, in 2016, when she attended a meeting in a New York City high-rise with a potential investor.  He greeted her, and, according to Cruz, "he wasn't even wearing shoes," and he proceeded to perch his feet on the desk with only the socks.  Such an obvious lack of disrespect made her feel uncomfortable.  "He said," Cruz elaborates, ‘You don't know anything about building a website because you're a woman!'"

That same evening, she was honored at the Rainbow Room where she received her James Beard Foundation award.  "I felt like a fraud because here I was getting an award," she reveals.  "Now, I know how important it is to surround myself with people who provide support and mentoring."  More than that, she claims, "It's about being open and receptive.  A lot of people come into your path and they don't know the impact they have on your life."  She counts the Stillman community as part of that positive impact.

At the end of the day, sometimes a negative can turn into a positive. "I'm very grateful," says Cruz, "for where I am.  The light in my life is from the people who have supported me."  Undoubtedly, Cruz will continue cruising into the future as she continues her altruistic endeavors and work as an international advocate who just happens to know something about building a successful online platform.

For more information about Kitchen Connection, "Where Food Links the World," click here!