As the sports business continues to evolve, Seton Hall is bringing together leaders in the industry to discuss some of the biggest issues, including ethics, gambling, amateurism and much more. There is no cost to attend this event. The symposium will take place on Tuesday, April 2, 2019 from noon – 5 p.m. in Bethany Hall.

This symposium, taking place on Seton Hall's South Orange Campus, is sponsored by the Stillman School of Business and the College of Communication and the Arts. The event includes a one-on-one with NBA Commissioner, Adam Silver and a conversation with ESPN's Bob Ley and Stephen A. Smith.

Adam Silver, J.D., is the Commissioner of the National Basketball Association (NBA) presiding over a global and sports media business built around four professional sports leagues: the NBA, the Women’s NBA, NBA G League and NBA 2K League. He has been twice ranked No. 1 on Sports Business Journal’s annual list of the 50 Most Influential People in Sports Business and was named to TIME’s 100 Most Influential People, Fortune’s World’s 50 Greatest Leaders, and The Bloomberg 50, Bloomberg Businessweek’s list of 50 people who defined global business. 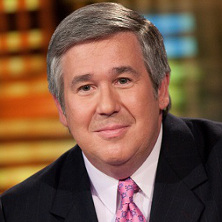 Bob Ley ’76 is ESPN’s longest-serving commentator and spearheads the network’s aggressive coverage of breaking news and issues, primarily as the host of “Outside the Lines,” which focuses on issues beyond the playing field. The show has been honored with multiple awards over the years including 11 Sports Emmys, a DuPont Award, and a Peabody Award. He was recognized with the Sports Emmy for outstanding studio host in May 2018. Currently on a 6-month sabbatical from ESPN, Ley was recently inducted to the National Sports Media Association Hall of Fame. 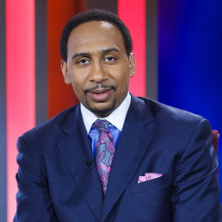 Stephen A. Smith is a featured commentator on ESPN’s “First Take,” a podcast which discusses and debates the sports topics of the day. Smith hosts a variety of ESPN radio programs including “The Stephen A. Smith” show and several “SportsCenter” specials throughout the year. Outside of his work with ESPN, Smith also hosted a morning show on Fox Sports Radio, worked as sports columnist for the Philadelphia Inquirer, and wrote for the Winston-Salem Journal, the Greensboro News and Record and the New York Daily News.