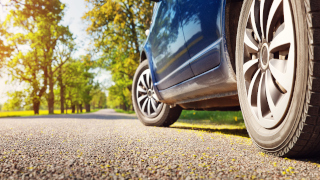 "Driving without Destination" is the title of an article by Dr. Dermot Quinn, published in The Chesterton Review. In asking the question, "what do we lose?", Professor Quinn suggests, "we are ultimately faced with the question what do we believe?"

Father Ian Boyd, President Emeritus of the Chesterton Institute remarks: "We live today in a world of consolidation. Corporations and governments seem to be forcing us into a political and cultural homogeneity that few of us seem to want. Mass communication, Television, the press, the internet? Has aided the push to oneness. What G.K. Chesterton once called standardization by a low standard is increasingly the inheritance of modern man."

Dermot Quinn, D.Phil. is Professor of History at Seton Hall University and Editor of The Chesterton Review. He was educated at Trinity College, Dublin and New College, Oxford, where he was awarded a doctorate in 1986. He has written extensively on Chestertonian themes, has authored three books The Irish in New Jersey: Four Centuries of American Life (Rutgers University Press, 2004) (winner, New Jersey Studies Academic Alliance, Non-fiction Book of the Year, 2005); Patronage and Piety: The Politics of English Roman Catholicism, 1850-1900 (Stanford University Press/Macmillan, 1993) and Understanding Northern Ireland (Baseline Books, Manchester, UK, 1993 and many articles and reviews in the field of British and Irish history. The G. K. Chesterton Institute for Faith & Culture is located at Seton Hall University, South Orange, N.J. Founded in 1974 by Father Ian Boyd, C. S. B., its purpose is to promote the thought of G. K. Chesterton and his circle and more broadly, to explore the application of Chestertonian ideas in the contemporary world. The Institute's work consists of conferences, lecture series, research, and writing. The Chesterton Review, founded in 1974, has been widely praised both for its scholarship and for the quality of its writing. The journal was founded by Father Ian Boyd, C. S. B., and is edited by Dr. Dermot Quinn, includes a wide range of articles not only on Chesterton himself, but on the issues close to his heart in the work of other writers and in the modern world. It has devoted special issues to C. S. Lewis, George Bernanos, Hilaire Belloc, Maurice Baring, Christopher Dawson, Cardinal Manning, the Modernist Crisis, J. R. R. Tolkien, Fantasy Literature, and a Special Polish Issue. The Chesterton Review also publishes one annual issue in Spanish and an annual supplement in Portuguese and French. For information about the Chesterton Review, visit the website or email chestertoninstitute@shu.edu.