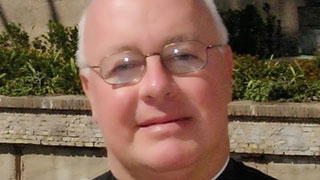 EWTN Global Catholic Network is holding a special novena for the nation in advance of the 2020 U.S. election. The special "Novena to the Mother of God for the Nation" was composed by Father Frederick Miller, S.T.D, an adjunct professor of Systematic Theology in Immaculate Conception Seminary who serves as Spiritual Director of The College Seminary of the Immaculate Conception at St. Andrew's Hall.

The novena will begin Sept. 29 and be prayed through Oct. 7, the Feast of Our Lady of the Rosary.

EWTN Global Catholic Network is the largest religious media network in the world. Its 11 global TV channels are broadcast in multiple languages 24 hours a day, seven days a week to over 300 million television households in more than 145 countries and territories.

According to the Catholic News Agency, "The EWTN network has invited Catholics to join a novena to the Mother of God that will begin Tuesday, and be offered for unity and truth amid challenges facing the United States."

News of the novena was published by Catholic news organizations throughout the United States. The Catholic Miscellany notes that

EWTN collaborated with one of the pre-eminent Marian theologians in the U.S. on the creation of this beautiful novena. Father Frederick Miller, a frequent EWTN guest and the spiritual director of the College Seminary of the Immaculate Conception at Seton Hall University, composed the meditations and prayers which invoke Mary's intercession for our nation.

The network will broadcast the novena's prayers daily.

The Catholic Miscellany also notes that

EWTN also has created a special eBook to help individuals as well as their family and friends to participate in this important devotion. The free eBook, "Novena to the Mother of God for the Nation," is available in English, and in Spanish.