50 years ago, Pope Paul VI's encyclical Humanae Vitae reaffirmed the Catholic Church's teachings regarding married love, responsible parenthood, and the rejection of artificial contraception. Join us for a memorable conference, including theological presentations and discussion on this significant document.

Conference: $50 per person/ $25 for students
Group rate: $40 per person for groups of five or more

Want a preview of the conference?

Visit our Facebook page to watch our Facebook Live broadcast from September 11, when Associate Dean Dianne Traflet chatted with Jeffrey Morrow, associate professor and organizer of the event. 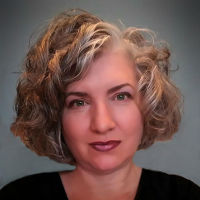 Holly Taylor Coolman teaches theology at Providence College in Rhode Island. A doctoral graduate of Duke University, her areas of expertise include Christology, ecclesiology, Christian theologies of Judaism, and Jewish-Christian relations. She is a wife to one and mom to four. 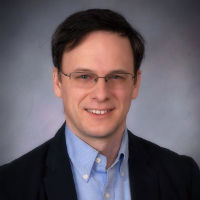 Eric M. Johnston, Associate Professor of Undergraduate Theology, earned a B.A. in Theology and Catholic Studies from the University of St. Thomas, MN, in 2000; an M.A. in Systematic Theology from Boston College in 2002; and a Ph.D. in Medieval Theology from The Catholic University of America, Washington, D.C., in 2008. His doctoral dissertation was on "The Role of Aristotelian Biology in Thomas Aquinas's Theology of Marriage," one topic within his broader interest in Thomas's theology of grace. He is also interested in topics related to spirituality and political philosophy. His recent articles have appeared in The Thomist, Logos, Crisis, and Homiletic and Pastoral Review. 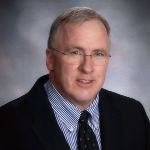 Joseph Rice, Associate Professor of Philosophical Theology, earned his Ph.D. from The Catholic University of America. He also holds degrees from the Pontifical Athenaeum Regina Apostolorum (Rome) and the University of Notre Dame. Prior to earning his doctorate, he was Assistant to the President of Anáhuac University (Mexico City). A classically trained specialist in the philosophical thought of Karol Wojtyla (Pope John Paul II), Rice’s primary interests lie in investigating questions of intersubjectivity, conditions for authentic participation in community, the ethics of marriage and family and the experience of conscience as related to self-constitution. He has presented and published internationally on the ethics of globalization, questions of faith and reason, issues in intersubjectivity and a personalist account of phenomenological self-constitution. He has held research fellowships from the Catholic University of Lublin (Poland), the Kosciuszko Foundation, the Dr. Robert R. Banville Foundation and the Earhart Foundation and has served on the editorial staff of (ITAL) The Review of Metaphysics and Sacerdos (UNITAL). His classes include History of Philosophy III, Philosophy of Being, Philosophical Ethics and Theory of Knowledge. 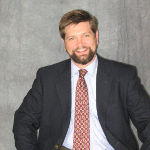 D.C. Schindler is Associate Professor of Metaphysics and Anthropology at the John Paul II Institute in Washington, D.C. His most recent books are Freedom from Reality: The Diabolical Character of Modern Liberty (Notre Dame, 2017), Love and the Postmodern Predicament: Rediscovering the Real in Beauty, Goodness, and Truth (Cascade, 2018), and a translation of Ferdinand Ulrich’s Homo Abyssus: The Drama of the Question of Being (Humanum, 2018). He lives in Hyattsville, MD, with his wife, Dr. Jeanne Heffernan Schindler, and their three children. 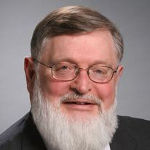 Formerly a Weaver Fellow (1972-73) and a Fulbright Scholar (1974-75, Austria), Schindler taught in the Program of Liberal Studies at the University of Notre Dame (1979-92), where he received tenure in 1985, and at Mount St. Mary’s University (1976-79), where he received tenure in 1978. Since 1982 he has been editor-in-chief of the North American edition of (ITAL) Communio: International Catholic Review (UNITAL), a federation of journals founded in 1972 by Hans Urs von Balthasar, Joseph Ratzinger (Pope Benedict XVI), Henri de Lubac, and other European theologians. He serves as editor of the series “Ressourcement: Retrieval and Renewal in Catholic Thought” with Eerdmans Publishing Company. Schindler has published over 75 articles (translated into nine languages) in the areas of metaphysics, philosophical issues in biology and biotechnology, and the relation of theology/philosophy and culture. He is the author of Heart of the World, Center of the Church: Communio Ecclesiology, Liberalism, and Liberation (T&T Clark and Eerdmans, 1996); and also of Ordering Love: Liberal Societies and the Memory of God (Eerdmans, 2011). His most recent edited collections are Love Alone is Credible: Hans Urs Von Balthasar as Interpreter of the Catholic Tradition (Eerdmans, 2008); and (with Doug Bandow) Wealth, Poverty, and Human Destiny (ISI, 2003). Other edited collections include Beyond Mechanism: The Universe in Recent Physics and Catholic Thought (1986); Act and Agent: Philosophical Foundations of Moral Education, with Jesse Mann and Frederick Ellrod (1986); Catholicism and Secularism in America (1990); and Hans Urs Von Balthasar: His Life and Work (1991). Schindler was appointed by Pope John Paul II as a consultor to the Pontifical Council for the Laity from 2002 to 2007. 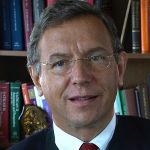 Michael Maria Waldstein is Senior Faculty Fellow at the newly founded Ratzinger Institute for Biblical Theology (Steubenville), which is building up a doctoral program in biblical studies. Until December 2017, he was the Max Seckler professor of theology at Ave Maria University in Florida. He began his service as scholar and teacher in 1988 at the University of Notre Dame, where he received tenure in 1996. From 1996 to 2006 he served as the founding president of the International Theological Institute in Gaming, Austria, and as the St. Francis of Assisi Professor of New Testament (2006-2008). He was a member of the Pontifical Council for the Family (2003-2009), the Board of Trustees of the University of Eichstaett, Germany (2007-2011). He is an Ordinary Academician of the Pontifical Academy of St. Thomas Aquinas, Rome (2011-). He holds a B.A. from Thomas Aquinas College, a Ph.D. in Philosophy from the University of Dallas, an S.S.L. (summa cum laude) from the Pontifical Biblical Institute in Rome, and a Th.D. from Harvard University in New Testament and Christian Origins. His published works include a critical edition of the four Coptic manuscripts of Secret John, and a new translation of John Paul II’s Theology of the Body (the Introduction appeared as a separate book in Polish), as well as numerous articles on the Gospel of John, Gnosticism, St. Thomas Aquinas, John Paul II and Hans Urs von Balthasar in journals such as Journal of Early Christian Studies, Nova et Vetera, Modern Theology, Communio, Anthropotes, Forum Teologiczne, and Lateranum.