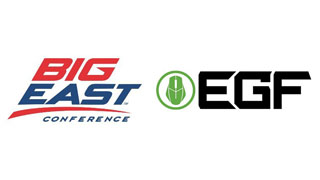 The spring 2021 League of Legends season starts with nine teams in the BIG EAST participating in a nine week tournament which will feature 18 rounds and 72 matches. Competing schools include: Butler, Connecticut, DePaul, Georgetown, Marquette, Providence, St. John’s, Seton Hall and Villanova. The teams will compete in League of Legends™ Summoners Rift.

The spring competitions will consist of a best-of-one double round robin, with each team playing each other team once. Each team will play two matches per week. Starting side choice will be randomly predetermined such that each team has first side choice in half their games, and one game with first side choice against each opponent. The competition will be run by Battlefy.

The conference playoffs are scheduled for March 15-March 21 with the finals March 22-28. Four matches have been selected each week to be live streamed on the Electronic Gaming Federation’s Official Twitch channel, along with the newly launched BIG EAST Twitch channel. The full bracket with stats and standings can be found here. Rocket League play begins on February 3, 2021 when the Pirates take on UT Arlington. Seton Hall will take on several new opponents in the seven game season, including St. John's, Xavier, and Quinnipiac. The Pirates come off a recent tournament win as they claimed the title in the BIG EAST-Metro Atlantic Athletic Conference (MAAC) Rocket League tournament in December, defeating No. 7 seed DePaul, 3-1.

Seton Hall eSports Coordinator Victor Gomez said, "We are incredibly lucky and proud to have such talented young players here at Seton Hall, all three of them sophomore or below being led by a strong, technically skilled captain in Antonio [Tone] Riozzi." Despite the restrictions brought on by the global pandemic, the Seton Hall eSports teams continues to find success. In the spring, the team was crowned the ESL-BIG EAST League of Legends champions in a 3-1 win over Villanova.  "eSports is one of those unique activities that we can keep our students and teams 100% engaged with during this unique and difficult semester.  We are proud of their perseverance both in the classroom and on the pitch!" said Paul Fisher, the associate chief information officer and director of the Teaching, Learning and Technology Center.