2018 Evening of Roses: A Joyful Celebration of Leadership, Service and Interreligious Harmony

Many would say this is the perfect description of the late Sister Rose Thering, a deeply passionate upstander who devoted her life to the fight against anti-Semitism within the Catholic church. Fittingly, this same phrase could also describe the inspirational presenters and performers – representing the Jewish, Catholic and Baptist communities – who participated in the Sister Rose Thering Fund's 25th annual Evening of Roses on Tuesday, June 5th.

Following opening remarks from University President Mary Meehan, Cardinal Joseph Tobin of the Archdiocese of Newark delivered a moving keynote address in which he compared Sister Rose to Pope Francis. "Both allowed themselves to be enlightened by God to see people's faces and, in those faces, recognize common humanity," he said. "But she could also see how elements of our church had disfigured the faces of the Jewish people." He then drew parallels between religious conflict during the days of Sister Rose and that of today, using alarming statistics to illustrate that "the Fund is needed now more than ever." He concluded by prompting the audience of nearly 200 to consider: "What will be your role in extending the reach of the Fund's mission over the next 25 years?"

After a brief video presentation reflecting on the history of the Fund, the audience was treated to a truly inspiring musical performance by the choir from the Christian Love Baptist Church, of which Darrell Terry is a member. The performance brought the crowd to its feet and served as the perfect introduction to the main event: the celebration of the night's two honorees.

Marilyn Rosenbaum received the Sister Rose Thering Fund Lifetime Achievement Award. A founding member of the Fund, Rosenbaum recounted how she first met Sister Rose and how together they helped bring the Fund to fruition. She then echoed Cardinal Tobin's sentiments about how critical the mission of the Fund is to this day. "Most survivors of the Holocaust aren't here anymore to tell their story. That's why what we do is so important. We're telling their story," she said.

The second and final award of the evening, the Reverend Ron Christian Award for Community Leadership, was given to Darrell Terry. Reverend Ron's energetic style and compassionate approach to ministry helped transform the Christian Love Baptist Church into one of the Newark area's most vibrant houses of worship. He was, and still is, a mentor to Terry, who has pioneered award-winning initiatives to improve the overall health and wellness of the communities served by Newark Beth Israel. He therefore considered the award "the most meaningful I've ever received. Both Sister Rose and Reverend Ron shared similar qualities: they were passionate human beings, they were leaders and they were visionaries. I believe Reverend Ron is still working through me and through many others from heaven," said Terry. He then thanked his family, Newark Beth Israel, Christian Love Baptist Church, and Seton Hall MHA professors Anne Hewitt and Susan Garrubbo for their support.

Terry's speech put an exclamation point on a truly memorable evening – a fitting tribute to a Fund and its eponym, both dedicated to fostering understanding and cooperation among Jews, Christians and people of other religious traditions through advocacy and education. 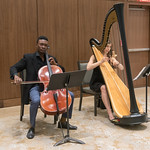 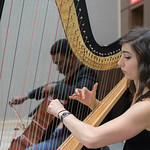 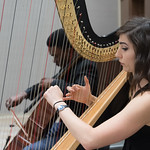 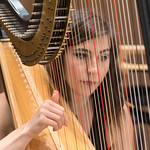 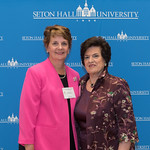 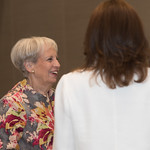 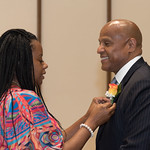 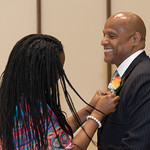 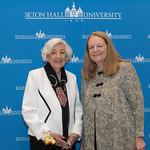 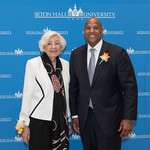 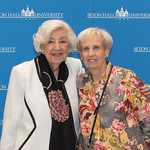 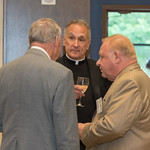