Our Proud and Historic Lineage

Over the last 64 years Pirate Battalion has commissioned officers of the highest caliber into the United States Army. We proudly call them Pirate Alumni and their achievements in the military and civilian sector are unrivaled. Please take the time to get to know the Pirate Alumni by exploring our Alumni Page and learn about those great individuals who went above and beyond while serving our great nation on our Hall of Fame page.

Additionally, it is our goal reconnect with our roots, the storied history and greatness, that Pirate Alumni helped create. The Cadets of Pirate Battalion are eager to learn about life in the military from those who have experienced it firsthand. By creating an Alumni Interest Group, it will provide our Alumni with the opportunity to mentor our Cadets and coach them through tough career decisions. By keeping in touch with the Pirate Battalion, Alumni will also receive semester newsletters, as well as invitations to upcoming Battalion events such as the Commissioning Ceremony and the Military Ball, both held in the Spring. 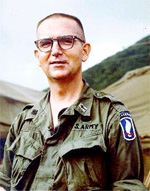