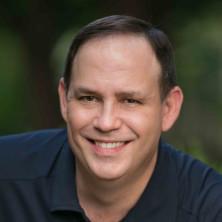 Sports and Spirituality - Most Valuable Player

Stephen Kass is a speaker, educator and specialist in Catholic adult faith formation and catechesis.

Professor Kass has led and participated in numerous retreats, parish missions, conferences and workshops across the country. He worked as a program coordinator at Immaculate Conception Seminary School of Theology and teaches Sports and Spirituality and Saints Alive! for the Department of Catholic Studies. Prof. Kass has edited and written numerous articles for various Catholic publications and has been featured on several different national Catholic radio programs. He is also a veteran and served as an officer in the U.S. Navy for 14 years where he completed several overseas deployments that included a joint tour with an airborne USMC Special Operations team. Prof. Kass is an Executive Vice President with 5, a national energy consulting and advisory firm based in Dallas, TX.

Sports and Spirituality - Most Valuable Player