Haley Awards Recognize the Past and Future in Nursing 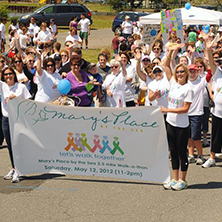 College of Nursing Walks for Mary's Place By The Sea

Dr. Ulak has taught many nursing students at Seton Hall University over the years; she started teaching at the College of Nursing in Fall 1986. She was an associate dean at the College of Nursing from 2002 until 2014, before returning to the classroom to continue teaching. She also has held positions as academic director for the Online RN/BSN program, chair of undergraduate nursing and director of the Accelerated Nursing Program. Dr. Ulak also worked in the clinical environment at St. Elizabeth Hospital (now Trinitas Hospital) in Elizabeth, N.J. from 1975 through 2001. A proud Seton Hall Pirate, Dr. Ulak graduated with her B.S.N. in 1975 as well as receiving her Doctorate of Education in 1991, both from Seton Hall University. She completed her Master’s in Adult Nursing Education at Wagner College. Her teaching assignments have included pathophysiology and pharmacology as well as several clinical courses. She also was an instructor at Elizabeth General School of Nursing. During her tenure at Seton Hall, she has served on many university and college committees, including the University Academic Integrity Committee and the College Cultural Diversity Committee.

Haley Awards Recognize the Past and Future in Nursing

College of Nursing Walks for Mary's Place By The Sea