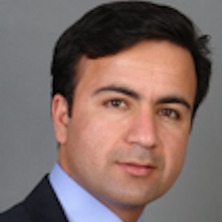 Hussein focuses on peacebuilding and youth empowerment programs in the MENA region.

Hussein Ibrahim is a Project Officer at the Center for Peace and Conflict Studies. He manages MENA projects funds, coordinates programs, conducts researches on conflict analysis and provides a point of liaison with project partners. Prior to CPCS, Hussein was a researcher at the NYU Peace Research and Education Program (PREP). He provided advice, consultations including survey design, preparation and provision of reports, and research. He developed PREP’s online modules on core peacebuilding topics into the Arabic language intended for use by undergraduate students at the University of Anbar in Ramadi, Iraq.

Previously, Hussein worked at Ideas Beyond Borders as a MENA region partnership consultant. He built partnerships with universities and youth-led organizations in Kurdistan Region and Iraq. In 2014, he had helped International non-government organizations with start-up projects such as BigHeart in Iraqi Kurdistan. He coordinated local and international individual efforts to collect much-needed help for Internally Displaced people in Iraq, especially Yezidis.

He focuses on peacebuilding and youth empowerment programs in MENA region. He holds a bachelor's degree in English Language and Literature from the University of Duhok, Iraq, and M.S. in Global Affairs from New York University.