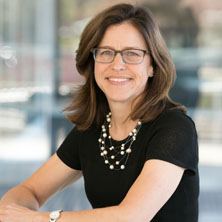 Dr. Conway’s primary research focus is on the function of gender categories in biblical texts from literary, cultural and historical perspectives. Her first book, Men and Women in the Fourth Gospel: Gender and Johannine Characterization (Scholars Press, 1999) explores the roles of the female and male characters in the narrative of the Gospel of John. Behold the Man: Jesus and Greco-Roman Masculinity (Oxford Press, 2008), examines the way the New Testament authors responded to cultural ideals about manliness in their presentations of Jesus. Her recent work has focused on the use of the Bible in Western culture, especially with respect to debates about women and gender. So, for example, her book Sex and Slaughter in the Tent of Jael: A Cultural History of a Biblical Story (Oxford Press, 2016) examines how artistic and literary depictions of the characters of Jael and Sisera (Judges 4-5) reflect wide-ranging cultural debates about sex and gender roles. Dr. Conway has also recently published a revised 2nd edition of her co-authored Introduction to the Bible: Sacred Texts and Imperial Contexts (Wiley Blackwell, 2021). She is the editor-in-chief for the journal Biblical Interpretation as well as an associate editor for Catholic Biblical Quarterly.