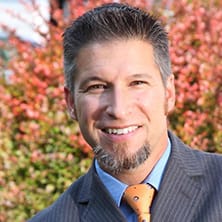 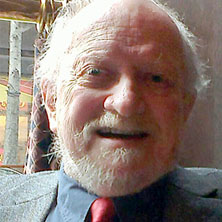 Christopher Tienken, Ed.D. is an associate professor of Education Administration at Seton Hall University in the College of Education and Human Services, Department of Education Leadership, Management, & Policy. He has public school administration experience as a PK-12 assistant superintendent, middle school principal, director of curriculum and instruction, and elementary school assistant principal. He began his career in education as an elementary school teacher. Tienken is the former editor of the American Association of School Administrators Journal of Scholarship and Practice and the current editor of the Kappa Delta Pi Record.

Tienken's research interests include school reform issues such as standardization, the influence of curriculum quality on student outcomes, and the construct validity of high-stakes standardized tests as decision-making tools. He was invited to be a member of the Professors of Curriculum organization in 2015 and was named the 2014 College of Education and Human Services Researcher of the Year. Tienken received the Truman Kelley Award for Outstanding Scholarship from Kappa Delta Pi in 2013. The Institute of Education Sciences recognized his research about the effects of professional development on student achievement and the National Staff Development Council (Learning Forward) awarded him the Best Research Award in 2008.

Tienken has authored over 80 publications including book chapters and articles. His book, with co-author Don Orlich is titled, The School Reform Landscape : Fraud, Myth, and Lies. His new book, with Carol Mullen, is Education Policy Perils: Tackling the Tough Issues. His forthcoming book is Defying Standardization: Creating Curriculum for an Uncertain Future. He presents papers regularly at state, national, international, and private venues. Tienken has ongoing research collaborations with colleagues at the Universita` degli Studi Roma Tre, Rome, Italy, the University of Catania, Sicily, and he was named as a visiting scholar at both universities.

Watch my video about standardized assessments »