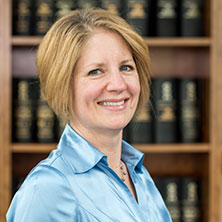 The primary goal of my research is to better understand the relationship between sleep and learning and memory processes. More specifically, I am attempting to determine how rapid eye movement (REM) sleep affects a phenomenon called extinction. This is the process by which an organism learns that two stimuli which were previously paired (e.g., a light and food pellet) are no longer related; that is, one no longer predicts the occurrence of the other. One reason that I find this line of research particularly interesting is because of its applications to post-traumatic stress disorder (PTSD). It has been suggested that PTSD is caused in part by a failure of extinction. Individuals with PTSD also have well-documented sleep disturbances. I believe that my work will help to shed light on the mechanisms of PTSD.

I have been at Seton Hall University since 2003. Courses that I frequently teach include Biological Psychology (and lab), Research Methods, and Psychopharmacology (graduate). Prior to my arrival, I spent three years as an Assistant Professor of Psychology at Indiana University - Purdue University Fort Wayne. From 1997-2000, I was a postdoctoral fellow at the University of Pennsylvania, where I conducted research on the neural mechanisms of sleep and emotion.