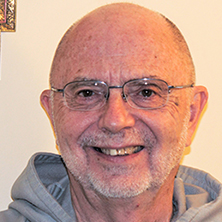 Father Mariusz Koch was ordained in 1969 as a priest for the Archdiocese of Newark. He has served the Archdiocese as associate pastor, pastor, Vocations Director, Campus Minister at Seton Hall University and Rector of St. Andrew's College Seminary.

Father Koch prepared for the priesthood at Immaculate Conception Seminary in Darlington. In 1975, he received an M.Div. from Immaculate Conception Seminary School of Theology, and in 1985, an M.A. in Spiritual Theology from the Pontifical University of St. Thomas (The Angelicum) in Rome. In 1979, Fr.Koch completed a two-year training program in "Spiritual Direction and Religious Counseling" from the Archdiocese of New York Office for Spiritual Development.

In 1996, Father Koch joined the Franciscan Friars of the Renewal. As a C.F.R. friar, he has been involved in hands-on work with the poor; post-abortion ministry for men and women; parish missions; retreats for priests, seminarians and religious; spiritual direction; as well as a number of television series on youth evangelization for EWTN.

In 2008, Father Koch received the Papal honor Benemerenti from Pope Benedict. He continues to serve on the Archdiocesan Men's Commission, which organizes the annual Men's Conference at Seton Hall University.

Father Koch served his community as Community Servant (General Superior) for two terms. Before beginning in his role at Immaculate Conception Seminary, his most recent assignment was in Paterson, NJ, as Superior of St. Michael Friary.

With nearly 50 years of priestly service in various pastoral assignments, in July 2017, Father Koch began his service as Associate Spiritual Director and Formation Faculty member at Immaculate Conception Seminary School of Theology, for seminarians preparing to serve God's people with the heart of Christ.