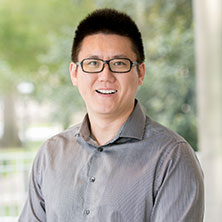 As a cultural and developmental psychologist, I am interested in cultural differences and multiculturalism among Easterners, Westerners, and immigrants with regard to their identity development. Over the past several years, I have been involved in many large-scale funded research projects with theoretical, methodological, and applied concentrations. The purpose of my primary research is to understand the complex relationships between cognitive and socio-cultural constructs and how these constructs contribute to social values and identity development between Eastern and Western adolescents and emerging adults. My goal is to build a bridge between socio-cultural and developmental areas of psychology. More specifically, I have conducted multiple studies to re-evaluate cultural perspectives in moral identity; in moral decision-making using an experimental design; in values orientations using interviews; in environmental identity using longitudinal and mixed methods approaches; and in socio-cultural models on English as a second language acquisition.

Researcher of the Year in Social Sciences at Seton Hall University, 2021