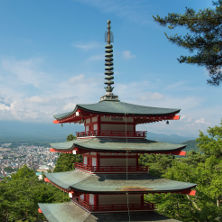 History Symposium on Health and Medicine I teach both upper and lower division classes on World History, Asian History, and Japanese History. Some of my favorite courses designed for Seton Hall include classes on Global Food History, "Medieval Monsters: A Japanese History," "Age of the Samurai," "Japan's Pacific Empire," and "Japan's Modern Myths and Monsters" I bring into the classroom my own experience as a global citizen, having lived and worked in Japan, Indonesia, the Philippines, Israel, Singapore, and Brunei.

I published my book Tohoku Unbounded: Regional Identity and the Mobile Subject in Prewar Japan in December 2022. This work examined the domestic history of Japan using a global perspective with case studies in the Philippines, colonial Manchuria, Canada, the United States, and Brazil. Additionally, I have peer-reviewed articles in the Journal of Social History, the Japan Studies Review, and have a forthcoming chapter in an edited volume titled Global Medievalisms (Boydell and Brewer) on the intersection of Pokemon Go and Daoist correlative philosophy.

Currently I am working on a new book project, tentatively titled From Everywhere and Nowhere: Unpacking Japanese Ex-Patriot Identities in the Era of Globalism, that explores what happens to individuals who themselves transcend multiple nationally bounded spaces during their lifetimes. Inspired by my own experience living and working in seven countries over the span of a decade, this monograph will interrogate the pervasive category of national identity through the lens of Japanese ex-patriots and re-migrants in the twentieth century. An interdisciplinary project, this book will marry historical methodologies with anthropological theory to create thematic chapters, each spanning 50-100 years.

I am also a co-Primary Investigator for an ongoing research project "Voices of ‘Super Typhoon Yolanda’ and the ‘Great Tohoku Earthquake’ on Social Media in the Philippines and Japan" with Dr. Cherubim Quizon (Seton Hall, Anthropology) that seeks to discover how the trauma of major disasters impacts the development of identity among underrepresented voices, particularly that of ethnic minorities in the Philippines (Samar/Tacloban) and citizens of rural communities of Japan (Miyagi, Fukushima, Iwate). We will be using digital humanities tools like R and Delve on social media platforms like Twitter and Facebook. Our current exploratory project is funded through the “Cultivating Research, Innovation, and Talent Award’s Opportunity Meets Innovation Challenge Grant” of the New Jersey State Office of the Secretary of Higher Education, awarded through the Seton Hall Provost Office’s Office of Grants and Research Services.

History Symposium on Health and Medicine