CFD Workshop on "How to Raise Antiracist Kids" 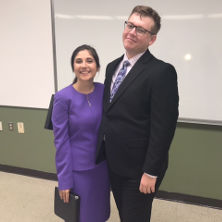 Angela Kariotis is a future aesthetics performance artist writing about race, ethnicity, and class in America. Called "a lithe and vital writer-performer" by The Star-Ledger, Angela Kariotis "possesses the raw energy to light up a small city" heralds The Chicago Reader. "But it's her sly and engaging use of language that makes her work memorable in dynamic performances that are serious and seriously funny. Angela has brought her unique performance style across America and beyond to venues such as The University of California-Los Angeles, Contact Theater in Manchester, UK, Legion Arts in Iowa, the Off-Center in Austin, TX, the New Jersey Performing Arts Center, and the Hip Hop Theater Festival in New York City. With its deft balance of narrative, critique, and movement, as well as Angela's visceral and fluid performance, her work has connected with audiences across the U.S. "A one-woman artistic showcase in her trail-blazing storytelling." -Los Angeles City Beat.

Angela couples her masterful performances with cutting-edge residency work. Most recently, she created a devised theater curriculum, Walking the Beat, a collaboration between police and teens as a community engagement project challenging implicit bias in communities of color. Kariotis is committed to literacy through the arts, theater for social justice, and art-making as a liberatory practice.

For her teaching, Kariotis integrates social emotional learning (SEL) practices, contemplative learning, and restorative circles into her pedagogy. Her work is hyper focused on classroom inclusivity and active learning. Kariotis facilitates embodied and somatic strategies to create an equitable classroom and to support intentional teaching of a diverse student cohort. She teaches professional development workshops in arts integration using applied and devised theater practices across the curriculum.

CFD Workshop on "How to Raise Antiracist Kids"