Greg on “Why study philosophy?”

"Any practicing lawyer will tell you that law school is less about memorizing legal doctrines and more about learning how to ‘think like a lawyer.’ I found that studying philosophy at Seton Hall provided an important stepping stone in that it cultivates the critical thinking skills and analytical abilities that are needed to excel in law school and make for a good lawyer." Mary Meg on “Why study philosophy?”

“The discussions in my philosophy classes were always fascinating. I definitely suggest that students study philosophy, regardless of their major or their professional aspirations. The analytic and reading and writing skills it teaches will serve you in any career path you choose, as well as help you to better understand the kind of life you want to lead outside of your career.” Megan graduated from Seton Hall in 2017, majoring in Philosophy and Diplomacy and International Relations, and with an Asian Studies minor. Her paper written for a class in Feminist Philosophy, "Hysteria in the Hunting Ground: Luce Irigaray and College Trigger Warnings," will appear in the Stanford Undergraduate Research Journal. Megan traveled to Taiwan to teach English on a Fulbright Scholarship. She is currently a JD candidate at the Washington University School of Law.

Megan on “Why study philosophy?”

“Holistically, my undergraduate education was not about learning facts or a particular skill, but about learning how to think critically and persuasively deliver my analysis. Philosophy was an essential component of that education, not only because I was exposed to various thinkers and means of delivering thought, but because I was asked to provide my own critical evaluations of these thinkers. In doing so, I could also better contribute to my other subjects, applying Weber to a theory about statehood to craft a more persuasive policy paper or discussing Gerard to support or criticize a national security issue. By studying philosophy, I learned how to think, and fostered a love for thinking critically.” Jessica graduated Seton Hall in 2016 with majors in Chemistry and Philosophy. She also was member of the Seton Hall Ethics Bowl Team. Jessica was awarded the prestigious Woodrow Wilson Teaching Fellowship for graduate work in STEM education and obtained her M.A. from Rowan University in 2017. While in graduate school she started teaching 10th grade chemistry in a high-need public high school in South Jersey. Jessica plans to continue to teach high school chemistry and pursue a Ph.D. in Education.

Jessica on “Why study philosophy?”

“As a chemist, when I tell colleagues I have a degree in philosophy, I always receive a puzzled look along with comments such as “That’s a weird combination,” or questions like “How did you end up picking those two majors?” My answer is simple, the two disciplines are very complementary. Philosophy allows me to communicate chemistry more effectively and present arguments that are sound and rational. By studying philosophy, I have learned to articulate my views and findings in a logical manner in both my personal and professional life.” Mohamed on “Why study philosophy?”

“I chose to pursue philosophy as a second major because I believed that the hard sciences by themselves offered an incomplete perspective on life. I found that simply studying human physiology without engaging in a sincere and thoughtful conversation about what it really means to be a person deeply dissatisfying. Deeper philosophical questions should not take a back seat to the increasingly relentless pursuit of one’s professional aspirations and self-interests. Combining biology with philosophy also helped me to stand out during the chiropractic school application process.” 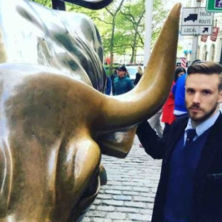 Richard on “Why study philosophy?”

“At the onset of my time as an undergraduate student, I pursued a degree in philosophy, because it was my desire to become a lawyer and I felt that it would help me in the field. Toward the end of my college career, I came to the conclusion that the legal field was not for me and ended up working at a company that got me highly involved with its financial team. With my interest sparked, I decided to go back to school to pursue an MBA. Philosophy has helped me in so many ways in the business field. Not only has it aided me in thinking outside the box when devising ways to create better business processes, but it has also helped me to rationally think about how to reach goals and objectives efficiently. Employers love the degree and know that they’re commissioning someone with exceptional logic and reasoning skills.” 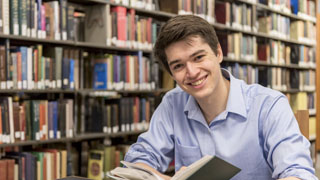 Gus on “Why Study Philosophy?”

“Studying philosophy is an essential journey towards self-discovery and the discovery of this beautiful reality that we find ourselves in. It is an endeavor filled with fascinating theories and thoughts, concocted by the greatest of human minds. Many of these thoughts have been transcribed with the greatest passion and rhetoric, allowing you to vividly witness the extent to which each author felt the urgent burdens of existence, life, and death. Other texts are obscured in puzzles and riddles... confusing, but nonetheless entertaining and worthy of observation. And despite the interminable journey that the major turned out to be, I feel fulfilled and authentic because I made the effort. Today, despite my lack of certainty in answering fundamental questions, I have attained a definitive ability to think critically, act genuinely, and embrace the occasional existential crisis rather than succumb to it.” 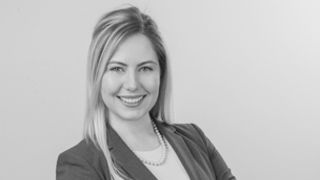 “The skills I acquired from studying philosophy have been very valuable to me, especially during law school and in the legal field in general. The study of philosophy teaches you to question your surroundings; to think practically, logically and precisely. You will be able to explain your arguments in innovative ways, backed by facts, logic, and reasoning. Your writing will become concise and logical, and these are transferable skills that are valued in any field. Most importantly, the professors in the Seton Hall University’s Philosophy Department are great mentors and will most certainly prepare you well to succeed in your future endeavors whatever they may be.”