Center for Peace and Conflict Studies

The Center hosts impactful programs that promote understanding, and conflict management in areas of tension and conflict around the globe. 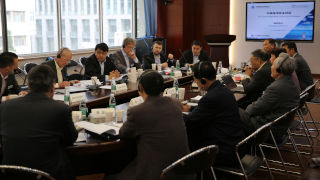 U.S.-China Maritime Security Dialogue
The U.S.-China relationship has never been more uncertain than it is today. The Center is at the forefront of measures to improve dialogue and communication on issues central to stable security relationships between the two countries. This includes the projects Promoting U.S.-China Communication and Dialogue on the South China Sea Disputes (2016-2019) and U.S.-China Security Dialogues: Advancing Communication at a Bilateral Crisis Point (2019-2022). Through dialogues, joint research, and generous support from the Henry Luce Foundation, the Center has fostered constructive engagement between former senior military officers, government officials, and leading scholars from the U.S. and China on both the South China Sea dispute and nuclear proliferation on the Korean peninsula. 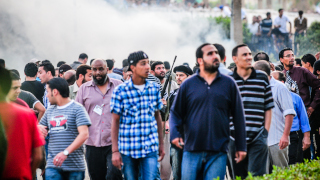 Peacebuilding and Statebuilding in the Middle East and North Africa (MENA)
The 2011 Arab Spring has led to prolonged social conflicts, substantial human suffering and tensions between states. It has also exposed shortcomings in existing international approaches for supporting peace and stronger states. The Center is driving efforts to ensure international aid accelerates peace, local mediation efforts support national political processes, and that peacebuilding initiatives are effectively designed. The Program is presently working with INGOs, governments and multilateral organizations in Libya, Syria and Yemen.

Training and Mentoring
The Center serves as a capacity and skill development resource to those working on or in conflict. This encompasses dialogue skills, mediation skills and practical peace programming.

All Conflict is Local Conference
The Center hosts an annual conference featuring student and alumni stories and reflections on conflict from various parts of the world, merging theory and personal experiences to better understand how "all conflict is local."

Catholic and Religious Peacemaking Program
The Center offers courses and promotes research on the established and emerging peacemaking work done by Catholic actors and entities.