Professor Tin-Chun Chu with Nobel laureate biophysicist Erwin Neher at the BIT Congress Global Health Conference in Taiwan, where they both presented.

Every year, over two million people are infected with antibiotic resistant bacteria in just the United States alone.

Recently, the World Health Organization warned that we are entering a “post-antibiotic era” in which “common infections and minor injuries can kill,” due to the widespread resistance of bacteria to antibiotics and the emergence of “superbugs.”

Maybe the answer is tea.

Seton Hall professor Tin-Chun Chu, of the Department of Biological Sciences, has shown in her research that processed tea extracts (polyphenols) can fight bacteria — including Staphylococcus epidermis, a widely resistant bacteria and a major concern for the medical community and hospitals in particular, Escherichia coli (E. coli) and S. marcescens, an opportunistic human pathogen which is very resistant to most antibiotics.

Professor Chu’s research is particularly timely as a deadly strain of E. coli, named Mcr-1, has recently been discovered and has thus far proven resistant to all forms of antibiotics.

As a result of Professor Chu’s work, along with Montclair State and Georgia Regents University (the academic homes of her collaborators on this aspect of the research, professors Lee H. Lee and Stephen Hsu, respectively) Seton Hall holds a patent for “Compositions and methods for inhibiting endospores using green tea polyphenols.”

In collaboration with professors at Montclair State, professor Chu has shown that when combined with antibiotics in vitro, thus modified green tea extracts can boost the effectiveness of some of the most commonly prescribed antibiotics such as Ampicillin by up to more than 400% when compared to antibiotics alone. Somewhat characteristic was the impact that a modified green tea extract had with Bacitracin, Chloramphenicol and Rifampin on S. marcescens, scoring a 292%, 119%, and 225% respective increase in inhibition (effectiveness).

Professor Chu’s most recent research, performed with the help of many Seton Hall graduate and undergraduate students, has looked at black tea extracts in a similar fashion, showing the efficacy of black tea extract (polyphenol theaflavins) against various bacteria alone and, again, in combination with a number of commonly prescribed antibiotics.

And again, the research was promising.

For example, when Staph was subjected to Ampicillin alone, the zone of inhibition (effectiveness) for the antibiotic was 8 (6 is no effect); for black tea alone it was 18; for ampicillin and black tea combined it was 20— a whopping 250% greater than Ampicillin alone.

This work on black tea extracts and antibiotics has been presented by two of Dr. Chu’s research students, Jonathan Valsechi-Diaz and Garrett Almeida, at the 48th Annual Fall Metropolitan Association of College and University Biologists Conference and is currently being readied for publication.

Professor Chu, who was named the Seton Hall Faculty Researcher of the Year in 2013, sees many potential applications for these processes and the modified green and black tea extracts.

Professor Chu noted, “Our research shows that our modified green tea and black tea extracts provided beneficial effects on the most commonly prescribed antibiotics against microbial growth and are able to reverse antibiotic resistance.” She continued, “These processed green tea and black tea extracts have the potential to extend the life and the degree of efficacy for antibiotics and, in doing so, help stem the tide of widespread resistance to antibiotics. In addition, the anti-microbial effects of these compositions and methods can be used in a variety of other applications, including the increase of shelf-life for food through the neutralization of food-borne pathogens or even to decontaminate devices or surfaces.”

Read “The synergistic effects of green tea polyphenols and antibiotics against potential pathogens,” published in Advances in Bioscience and Biotechnology. 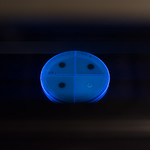 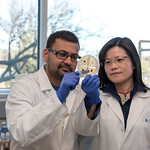 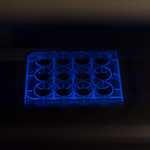 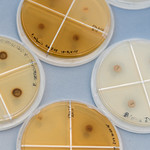 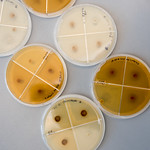 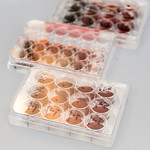 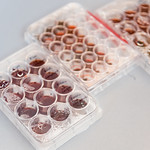 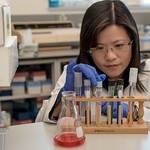 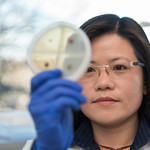