Class of 2023 Breaks Record for Most Applicants, Largest Class, and Highest Average SAT and ACT - Again

More than 23,000 would-be Pirates completed applications for the Class of 2023, making this the fifth year in a row that Seton Hall has broken the record for student applicants.

Over the last three years the number of applicants to Seton Hall has risen approximately 40%.

Of those 23,000-plus applicants, more than 1,615 freshmen are registered and set to begin classes. That makes for the largest undergraduate class in Seton Hall history, beating last year's record-breaking class of 2022, which enrolled 1,524 freshman.

In addition to a record-breaking number of applicants and students, the largest class in Seton Hall's history has continued the trend of rising academic achievement. The class of 2023 has the highest average SAT score in Seton Hall history – 1235, up 20 points in the last two years – and the highest ACT average, 26.5.

"As our reputation for academic excellence and employment outcomes has grown, so has our pool of applicants and the quality of our students," said Vice President for Enrollment Management Alyssa McCloud. "We continue to attract some of the best and brightest in this country and throughout the world. The long and storied history of Seton Hall is unfolding in new and exciting ways as our students and graduates continue to show what great minds can do."

While sustaining academic excellence in its incoming class, Seton Hall also has held its commitment to diversity in all forms and its identity as a university of opportunity: 25% of all incoming students are Pell eligible; 45% identify as students of color; and 36% of all students come from out of state. In addition, 25% are the first generation of their families to attend college.

Meet Some of Our Newest Pirates Nicholas Johnston from Smithtown, New York plans to major in classical studies. "When I met Professor Mascio at Open House, he was so hands-on, passionate and enthusiastic about the classical studies program and that convinced me to pursue it." Johnston is excited to take college-level classes and has a full schedule of courses that include Greek, philosophy, logic and western civilization. He also looks forward to attending men's basketball games in the fall. He is interested in playing intramural basketball and taking advantage of the recreation center. Tarini Sharma is from Rawatbhata, India. She is majoring in economics and wants to ultimately work with the Grameen Bank in Bangladesh – a micro finance organization and community development bank. Sharma hopes to empower women in impoverished countries through targeted economic investments that encourage financial stability through entrepreneurship. She hopes to begin her work here at Seton Hall. Andrew and Matt Youngberg are twins from Montgomery Township, New Jersey. They are following in the footsteps of their mom, Lisa '83/M.B.A. '90, and sister, Kristin '18. Andrew is studying economics and finance and is a member of the Gerald P. Buccino '63 Center for Leadership Development Honors Program. Matt is a marketing major and wants to be involved with Autism Speaks and become a Blue Crew tour guide just like his sister Kristin. Both brothers are ready to compete in intramural sports. When asked which intramurals, Andrew laughs, "All of them!" Mojisola Adesanya is a pre-med biology major with a minor in women and gender studies. A first generation American, Adesanya's parents came from Nigeria. Her mother, who works at Seton Hall, is working on her doctorate degree here at the University; her father earned his master's degree here; and her brother is currently attending as an undergraduate. It may come as no surprise that she said, "Seton Hall feels like home." Tim Smith is a history major in the 4+3 Joint Bachelor's/M.D. program. From Pittsburgh, Smith is a member of the Honors Program and the Buccino Leadership Institute in the College of Arts & Sciences. He attended Central Catholic High School and while at Seton Hall, he hopes to continue his work with campus ministry and DOVE. Part of a Seton Hall family, Smith's parents met as students here on campus. Smith's uncle, Matt Stoessel, also met his wife here as a student on campus. Stoessel's son, Smith's cousin, continued the tradition, and met his future wife here on campus as well.

Interestingly enough, while Smith was being interviewed, he was sitting with Mary Grace McNamara, a history and secondary education major from Cranford, New Jersey whose parents also met at Seton Hall…

McNamara is an Honors program student and a member of the Buccino Leadership Institute in the College of Education and Human Services. Having attended public school, she is excited to be part of a school informed by Catholic values and to use her education in service to others. She plays the electric bass and hopes to become involved with WSOU as a DJ. Kiara Webster is a physics major from Vineland, New Jersey. She came to Seton Hall because of the reputation of the science program, small class sizes, enhanced opportunities for lab work, the university's NASA relationship and internships. She is looking forward to studying quantum mechanics and astrophysics and exploring the properties of black holes. Webster also wants to join the award-winning Brownson Speech and Debate Team as well as the Pep Band. Chris De La Cruz comes to Seton Hall from Fremont, Ca. as a first-generation college student. He plans to study business and is open to seeing how his studies can lead to a field that he enjoys. "I always wanted to be near New York City because of the internships available there, but didn't want to necessarily live in the city. Seton Hall is close enough to take advantage of those opportunities." He looks forward to gaining a valuable education here, as well as perhaps taking a scuba diving course since he is already certified. Lorra de Guzman is a nursing major  from Mount Royal, New Jersey. Although she visited a number of schools, she said she "felt right at home at Seton Hall," and "is happy to be here and glad to have the opportunity." 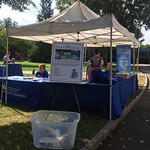 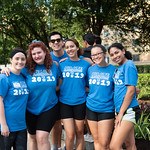 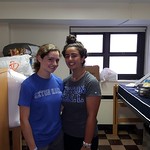 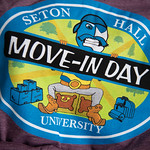 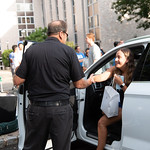 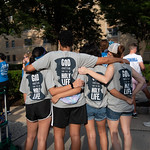 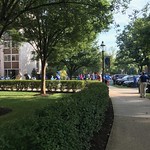 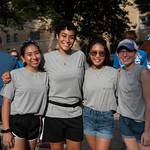 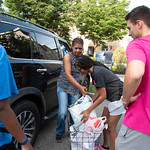 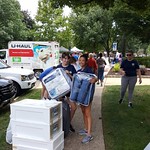 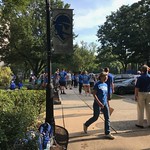 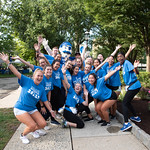