The students also ranked first overall in speech in the National Christian College Forensics Association National Tournament this past March.

The Afternoon of Eloquence on April 25 celebrated the accomplishments of the students and presented excerpts from the different speech activities that the students partake in – limited preparation, public address, oral interpretation and parliamentary debate.

Catherine Zizik, director of the team and professor of communications, explains what exactly forensics means. Forensics relates to investigation, and in the debate team's case, the dissection of language and crafting messages to put on the stage.

Thomas Heim, '67, a speech and debate alumnus, visited the team and said, "The students' intellectual levels are astounding. They really know how to grab the attention of the listener, and engage the audience with every detail from their posture and eye contact to conveyed emotions, inflections and elevations in their voice. Using current research tools, standing confidently before an audience and expressing ideas based upon facts, are crucial skills which these students embrace to near perfection." Zizik said, "It's wonderful to have this group of students who are so dedicated to the activity, however, the talent behind the scenes is what makes all of this possible. Without the coaches, these awards wouldn't be as plentiful as they are."

"It's important to know that Brownson is not simply a group that travels outside the university," Zizik said. "They also speak in classes, peer coach projects for oral communication, act as tutors, and speak at recruitment events. Their service to the University is truly exemplar."

The team averages a 3.68 GPA, and are held to high expectations academically, in addition to the thirty plus hours a week they spend practicing in the months leading up to tournaments.

The speech and debate team practices four areas of speech. Oral interpretation of literature incorporates a dramatic retelling of a story, program of poetry or dramatic monologues, using the whole body to interpret the author's meaning. In limited preparation speaking, students are given a quotation and have a few minutes to prepare a speech about it. Another limited preparation event called extemporaneous speaking regards matters of current political, economic, social or global affairs. Students who enter events in public address speak about various topics in either an informative, persuasive or entertaining manner. Lastly, parliamentary debate relates to a group of two students arguing in favor of a certain position and resolution, with two others debating in opposition. 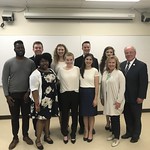 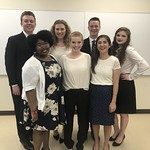 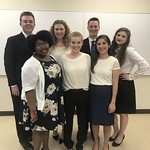 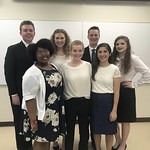 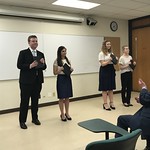 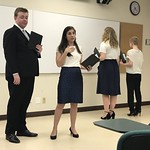 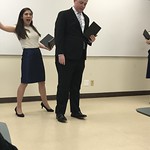 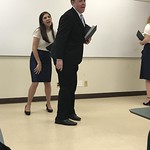 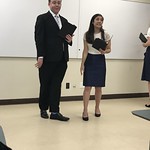 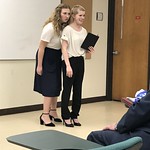 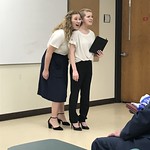 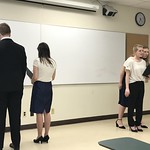