Seton Hall University celebrated its 165th commencement ceremonies in-person, with three ceremonies held on May 20 and May 25, at MetLife Stadium in East Rutherford, NJ.

Delivering two commencement addresses to graduates on May 20, was Ambassador Laurence Francis Rooney, III, J.D., honorary degree recipient. Ambassador Rooney represented Florida's 19th Congressional District in the United States House of Representatives from 2017 to 2021. From 2005 to 2008, he served as the United States Ambassador to the Holy See, appointed by President George W. Bush and subsequently wrote a book about diplomacy and the US-Holy See relationship titled The Global Vatican. A successful businessman, he brought decades of private sector experience to government. From 1984 to 2005 he served as CEO of Rooney Holdings, Inc., a diversified group of companies engaged in construction, energy, real estate development, finance and electronics manufacturing.

Ambassador Rooney shared, "As you go out into the world and undertake careers, raise families and shape the debate over our future, the special charge of being a graduate of a great, value-centric university will always be with you, just as the learning from your family and your childhood experiences will, to give you the strength and perspective to "keep the main thing the main thing" and to lead in the best way possible, by the example of how you live your lives, what you believe and how you defend what you believe."

Receiving an honorary degree at the May 25 commence ceremony was Kenneth F. Kunzman, LL.B., for his significant contributions to society, and for his work which has realized the ideals and aspirations to which Seton Hall is committed. Kunzman has been the recipient of many notable awards, including the Edward Bennett Williams '41 Lifetime Achievement Award from Holy Cross College; the Lifetime Achievement Award from Essex County Bar Association; the Lifetime Achievement Award from the construction industry; the Douglas S. Eakeley Award for legal service to the poor; the St. Thomas More Medal for Integrity in the Law from Seton Hall University School of Law; and an honorary member of the Seton Hall University Athletic Hall of Fame. He is the co-founder of the Pirate Blue Athletic Fund and the outside counsel to Seton Hall University's Board of Regents for over 20 years.

Student speakers included Daniela A. Maquera Sardon, originally from Peru and currently living in Maplewood, NJ, who presented the valedictory address. A graduate of the School of Diplomacy and International Studies, she earned a double degree in economics with a minor in Asian Studies. She plans to move to Shanghai, China to earn a Master's in World Economy (Globalization and Chinese Economy) at the prestigious Fudan University. The salutatorian address was presented by Elizabeth Poplawksi from Manville, NJ. A graduate of the College of Arts and Sciences, she is a first-generation, dual-degree student in the Occupational Therapy program, majoring in social and behavioral sciences with a minor in psychology. She plans to complete graduate school at Seton Hall and become a pediatric occupational therapist. The co-salutatorian address was presented by Emily Pemble from Omaha, Nebraska. A graduate of the College of Communications and the Arts, she double majored in communication and visual and sound media, and minored in women's studies. Her plans include remaining in higher education and working in student affairs or another academic area.

Providing the charge to the Class of 2021, President Joseph E. Nyre praised the graduates for their accomplishments and welcomed them into the ranks of over 100,000 alumni worldwide.

"Without you, our collective dreams for a safe and healthy year would have remained just that: Dreams. Instead, you rose to the challenge — and quite simply — made this year possible. You masked up. You socially distanced. And you made the right choices to protect yourselves and others during uncertain times. Every time we asked for your cooperation: you delivered. We couldn't be prouder, or more grateful," shared Nyre.

"My prayer for you, Class of 2021, is a lifetime of effort, patience and love — to complement the hopes and dreams you hold in your hearts. I am confident these qualities will blossom into successful careers and fulfilling lives. Thank you, Class of 2021. Thank you for adding a new chapter to Seton Hall's story of excellence. For setting a high bar in achievement and service. And for your uncommon flexibility and cooperation when we needed it most. May God bless you — today, tomorrow and in the years to come. Go Pirates!" said Nyre.

Msgr. Joseph Reilly, Rector Dean of the Immaculate Conception Seminary School of Theology delivered the commencement address on May 25, for His Eminence Joseph William Cardinal Tobin, C.Ss.R., Archbishop of Newark, who was unable to attend due to a death in his family.

His inspired message included: "If you choose to live as a pilgrim, you will remain connected in a fundamental way with God, who meets you each day of the journey, not simply at its end. You will discover - if you have not already- the need to carve out of your daily routine some time to sit in silence with God, not tweeting or bleating or doing anything more than recovering your humanity. . . Your link with God will connect you with your fellow travelers in profound and, at times, disturbing ways. You will recognize that the wealth of some nations is predicated absolutely on the poverty of others. You will question power that marginalizes and will ask whether the new walls are necessary. You will strive to talk with others, not about them. The eyes of a pilgrim's heart will be able to distinguish human beings from statistics and recognize those who are forgotten by others. Even when the pilgrimage takes you far from this place, the spirit you breathed at Seton Hall University will guide the choices you make."

Between April 30-May 1, three in-person graduation ceremonies for the Class of 2020 were held at Prudential Center in Newark, N.J.

James M. Murray, director of the United States Secret Service, addressed the Class of 2020 during the virtual celebration in 2020 and joined the Class of 2020 at its three in-person commencement ceremonies. Murray received a master's degree from Seton Hall before joining the Secret Service in 1995. In May 2019 he was selected as the 26th director in the agency's 155-year history. He is responsible for the successful execution of the dual investigative and protective missions of the Service. He leads a diverse workforce comprised of more than 7,000 Special Agents, Uniformed Division Officers, Technical Law Enforcement Officers and Administrative, Professional and Technical personnel.

"Every day, do all you can to be in the moment. One of the most valuable things about attending a school like Seton Hall is that I not only had the chance to learn more about my Catholic faith but I was also exposed to the religions of the world and I have found in life that I am repeatedly struck by something Dalai Lama teaches, which is the idea that there are only two days in the year on which nothing can be done: one is called yesterday and the other is called tomorrow. So don't allow yourself to get swallowed up by the past or become hyper-obsessed with the future. Be here now," Murray said. 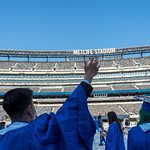 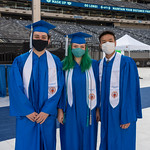 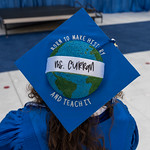 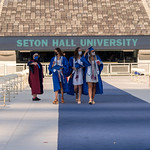 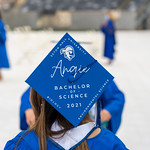 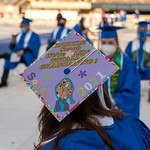 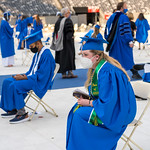 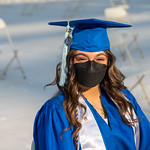 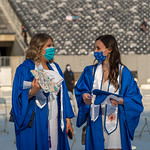 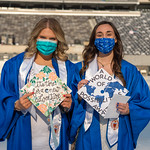 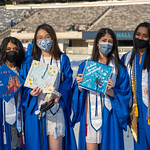 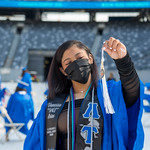