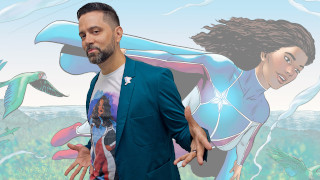 On October 14, the Joseph A. Unanue Latino Institute will host an event as part of the Hispanic Heritage Month celebration. The event, "Making Comics: The Future of Representation," will consist of leading experts in the comic book industry, who will discuss the future impact of diversifying representation in the characters, storylines and illustrations they create.

Over the past several weeks, the Latino Institute and the Hispanic Heritage Month Committee kicked off the month with a plethora of programs and projects. Successful programs, like "Ella Triunfa: Women in the Workplace" and "2020 Election: Impact of the Latino Vote," were well attended and explored how Hispanic or Latinx/a/o identity takes form in American society. By Navigating Latinidad, students are encouraged to explore the labels chosen for them and their respective histories. 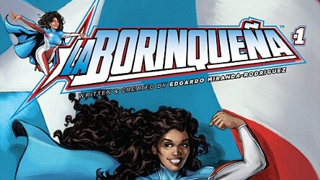 "Making Comics: The Future of Representation" will feature several distinguished individuals to discuss the state of representation in comic books. The conversation will be led by Edgardo Miranda Rodriguez.

The event will kick-off at 6 p.m. on Microsoft Teams on October 14. The event will be held on Teams and registration is mandatory and can be completed by clicking here.