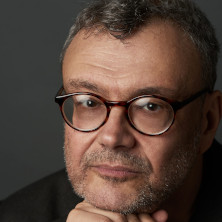 An acclaimed writer, Pavel Lembersky, will deliver a talk "Crossing the Small Divide" at 6:30 p.m. on Thursday, February 25. The event will take place virtually on Microsoft Teams. It is free and open to the public. No registration required.

Pavel Lembersky was born in Odessa, Ukraine and emigrated to the United States in 1977. He graduated from The University of California at Berkeley with a degree in comparative literature, did graduate work in film at San Francisco State University, and worked in New York City on film projects of Jonathan Demme and Spalding Gray, among others. 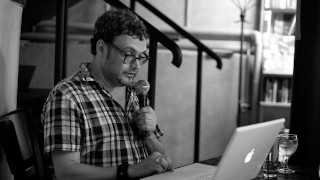 Pavel is the author of several acclaimed short story collections: "River #7" (New York), "A Unique Occurrence" (Moscow), "Fluss # 7" (Frankfurt), "Here's Looking at You, Kid" (Kyiv), "De Kooning" (New York), and a novel, Aboard the 500th Merry Echelon (New York). Pavel's short stories have been translated into English, German, Finnish and Vietnamese and have appeared in literary magazines in Moscow, New York, Munich, Jerusalem and Helsinki, such as The New Review, 22, Little Star, Words Without Borders, St. Petersburg Review, The Brooklyn Rail, Fiction International, Trafika, and others. In 2000-2010 Pavel Lembersky hosted a radio talk show in New York and contributed to Moscow publications, such as Teatr, Foreign Literature and Snob magazines as well as OpenSpace.ru. His most recent story collection, The Death of Samusis (Boston), came out in 2020. 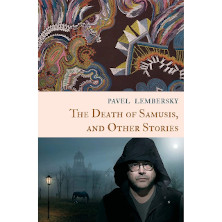 "Pavel Lembersky lives between two languages. His short stories, originally written in Russian and brought into English through the deft work of translators such as Jane Miller, Sergey Levchin, Alex Cigale, Ross Ufberg, Kerry Philben, Lydia Bryans, and the author himself, appeared last year in a collection titled The Death of Samusis, and Other Stories. Like Lembersky himself, almost all of the characters in Samusis are Soviet immigrants, many of whom pepper their English with Russian words or their Russian with English. Theirs is a hybrid experience, double-sided, and, as a result, Samusis is rife with innuendo."

This event is co-sponsored by the Russian and East European Studies Program and the Slavic Club.