The Faculty Retirement Group (FRG) was established early in September 2016 under the guidance of Director Mary Balkun of the Center for Faculty Development. A planning committee, led by Chrys Grieco and composed of retired faculty and those who were phasing, met frequently during the fall semester to discuss all aspects before, during, and after retirement. What one could expect once retired was key. 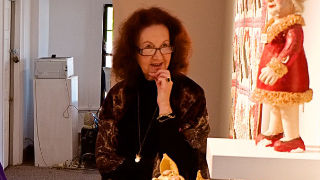 Early on, we discovered that there was no plan to ensure a smooth transition from teaching to retirement. Not having any real direction, most of us had discovered what to do as we went along, often missing some important concerns for lack of information. To help those of us who were already retired and others who were contemplating retirement, we needed to have full knowledge of the process from the appropriate agencies. Further, we questioned the privileges and rights that we would retain once we left Seton Hall. There were also issues of our keeping in touch, academically, intellectually, and socially, with our University and colleagues. These issues and more led us to the realization that we, indeed, had become a viable group. 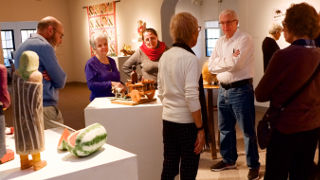 By December we had developed a statement paper defining the Faculty Retirement Group’s mission and its concerns, including such concerns as our contributions to the University, an examination of emeritus status, access and use of facilities, retention of our computers and continued maintenance, and a working agenda. Our starting point was to invite to an Open House all faculty who had retired, all faculty who were phasing, and all faculty who were thinking of retiring in the near future.

In January 2017, our Kick-Off event of lunch and panel discussions included 40 faculty of various status. At this meeting, speakers from the key retirement groups—1) SHU’s Department of Human Resources, 2) Social Security Agency, and 3) TIAA/CREF—made presentations, distributed relevant materials, and fielded the many questions about their aspects of retirement. Besides learning what to do and when, the faculty enjoyed the camaraderie of this meaningful reunion. We all recognized how important it was to socialize and to “keep in touch” with each other. Finally, those present endorsed the FRG’s endeavors and encouraged further meetings. Minutes followed to all participants and to those who asked to be included though they could not attend. Follow-up meetings were held throughout the semester. 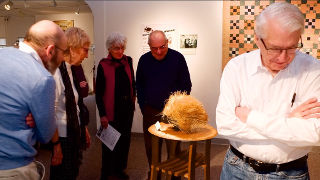 One other aspect of our agenda is to offer the opportunity to engage in activities off campus. Our first such event was a birding expedition, led by experienced birder Judith Stark, into the Great Swamp where we enjoyed both flora and fauna of our state. This was followed by a hearty dinner out together. Informative meetings and these kinds of gatherings will continue throughout the year. Ex.: September 29, Montclair Art Museum, October 16, Edison National Historic Museum, November 8 or 10, Maxine N. Lurie’s talk on Envisioning New Jersey: An Illustrated History of the Garden State. Either November 8 or 10th, and December’s Christmas and Holiday Concert and lighting on campus. Our first meeting of the new semester will be held on September 15, Friday, 11 a.m. – 1 p.m. Details to follow.

Faculty Retirement Group Wraps Up A Year of Activities