A Meeting Of Young Minds: A Paradigm Shift 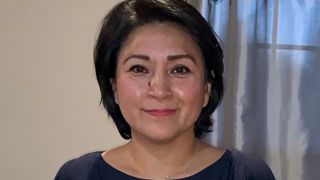 Four Seton Hall students (from both the Elementary and the Secondary Education Programs in CEHS) joined in a panel discussion with middle and high school scholars, teachers, and administrators from the East Orange Public School District. All sophomore Secondary Education students attended the event, as did scholars and teachers from East Orange. Shea Richardson, Supervisor for Social Studies for the East Orange Public School District, organized the event. Along with Dr. Daly from Educational Studies, she arranged for the format and topics to be addressed. Shea, a Seton Hall CEHS alumna, worked to plan a panel that included East Orange School District administrators and practitioners. She also invited and selected scholars from the middle and high school grades to participate.

Before the event, the Seton Hall students and East Orange scholars had a Meet and Greet on Monday, April 19. The meeting was to allow them to introduce themselves informally. The conversation during the panel session on April 21 addressed issues critical in today’s educational arena.
Questions during the event were explicitly directed towards and responded to by pre-service candidates from Seton Hall, East Orange Scholars, and some questions were open to all members. Despite the virtual format, the participation and contributions of the varied group were lively and engaging.

Some of the questions addressed include:

The East Orange scholars were asked to address the following:

The success of the event has led to planning for one or more conversations next year.