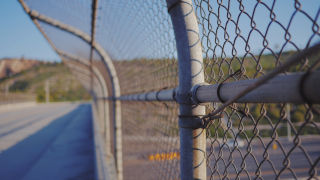 Students at the School of Diplomacy and International Relations were given a unique opportunity this past semester to practice their research skills and extensive knowledge of foreign relations to make an impact on the problem of immigrants held in indefinite detention in the U.S. With the help of their report, two detainees have been released and another case is pending decision. Responding to the call to service embodied in the Catholic mission of Seton Hall University, the actions of these students and faculty represented the best attributes of servant leadership encouraged on campus.

During the early days of fall 2020, an ICE detainee held in Louisiana petitioned for release after having been detained well beyond the legal limit of 180 days. The young woman's lawyer accused ICE of knowingly detaining her without the possibility of deportation in the foreseeable future. Required to provide evidence in court of the impossibility of deportation due to a breakdown in US-Venezuelan relations, a Catholic Church asked an immigration lawyer in Louisiana to pick up the case pro-bono, hoping to free the young woman from prolonged detention. To make the case for the young woman's release, legal representatives requested further assistance from Dr. Benjamin Goldfrank, Professor at the School of Diplomacy. As an expert in Latin American politics and society, Dr. Goldfrank was tasked with compiling a report detailing the decline in US-Venezuelan relations. Looking to involve students in the research process, Dr. Goldfrank turned to students enrolled in his course: "Church, State, and Politics in Latin America." Dr. Goldfrank explained his inspiration behind involving students in the report, stating, "As it was the first week of class, I was hoping to show students the ongoing relevance of ongoing US-Venezuelan relations and encourage excitement for the course."

Student Kaitlyn Doyle of the School of Diplomacy was eager to speak about the opportunity: "We learn about these topics every day, but it was truly a unique experience to be able to apply our knowledge and research abilities to work on a case that was currently developing." The joint effort between Dr. Goldfrank and his students culminated in the submission of a detailed analysis of US-Venezuelan relations during the time of the detainee's hearing. As to the result of the case, student Arezu Shamsaei-Gil shared that, "Later in November, Professor Goldfrank shared the good news that the detainee was released. To know that as students still learning about the field of foreign relations, we were able to be a part of such a victory was incredibly rewarding." According to Dr. Goldfrank, the report submitted has since been updated and used in two other cases, resulting in the release of another immigrant enduring illegally prolonged detention. The final case is still awaiting a verdict. Speaking of the success this report has had since its initial submission back in 2020, Dr. Goldfrank emphasized that he was "thrilled that the detainees were released and that the report served more than one person," and that "it felt especially good to help out with these cases during this period of backlash against immigrants in the United States."