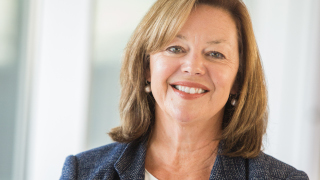 Diplomacy Professor Dr. Ann Marie Murphy was selected by the Maureen and Mike Mansfield Foundation and the Henry Luce Foundation to participate in Cohort 2 of the Mansfield-Luce Asia Scholars Network. The Network provides opportunities to improve academic and policy skills, to gain knowledge about Asia and its political processes, and to engage with leaders in the academic, private, and government sectors through a retreat and trip to Asia.

Dr. Murphy initiated a project this past February in collaboration with other scholars and practitioners, entitled "Southeast Asia Views America: Perceptions, Policies, Prospects." The project"s focus is on the Biden Administration's policy in Southeast Asia. Dr. Murphy started the project because she recognized an opportunity in the election of President Biden to do a study of the perception of his administration's policy in this region. Dr. Murphy drafted a prospectus of questions that she wished to address in the project and recruited Southeast Asia analysts, who are experts in 7 of the 8 countries in the region, including Singapore, Malaysia, Vietnam, Indonesia, the Philippines, Cambodia, and Myanmar.

The overall theme of the project is "renewal" in the United States’ Southeast Asia policy. Under the Trump administration, policy was marked by his "America First" direction, which brought a withdrawal from the more traditional, proactive global engagement taken by presidential administrations post-1945. Each of the countries receiving attention in this project is unique and requires a different approach, so the project provides a manual for policy makers moving forward.

In forming her team, Dr. Murphy drew on her network of contacts from conferences, academia, and the policy-sphere and took advantage of the COVID-era's normalization of virtual connection. She built the project as a collaboration between the School's Center for Foreign Policy Studies, where she is founding director; the New York Southeast Asia Network, where she is a co-founder; and the Weatherhead East Asian Institute at Columbia University. Everyone invited signed on to the project. It all came together over eight weeks this past spring through virtual conferences where American Southeast Asia policy was discussed. Dr. Murphy is currently editing a book that is an abbreviated version of the conferences, written specifically for policymakers. Her project, once complete, will give the lay of the land for policymakers and influence the discourse surrounding this strategically important region.