Diplomacy student Maelle Quartetti was selected to participate in a course on the future of U.S. nuclear strategy.

Last fall, Diplomacy students had the opportunity to participate in a two-week course on the future of U.S. nuclear strategy organized by the John Quincy Adams Society.

After being nominated by Professor Sara Moller and taking her new course, DIPL 3120: Nuclear Weapons & International Security, we were invited to be a part of the 35-person certificate-course.

The course was led by the Cato Institute's Eric Gomez, who is the director of defense policy studies at the Cato Institute, a Washington D.C. based think tank, and the co‐author of America's Nuclear Crossroads: A Forward‐Looking Anthology. His research has focused on nuclear deterrence issues in East Asia, the effect of missile defense systems on strategic stability, and United States military Strategy in East Asia. 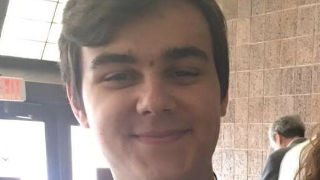 Diplomacy student Timothy Georgetti was selected to participate in a course on the future of U.S. nuclear strategy.

In the second section of the course, Mr. Gomez discussed the shift of American focus in the international system from rogue states and non-state actors towards a renewed era of great power competition. These lectures sparked much debate among the student participants on whether Russia or China poses the biggest nuclear threat to the United States in modern times. The lecture series ended with its section on nuclear arms control, its history, and the current erosion of many nuclear arms control regimes. This final section generated student debate over the importance of arms control regimes and how past arms deals have affected the security of the U.S. With the expiration date for New Start rapidly approaching, this section also gave students insight into the pressures of finalizing arms deals that are advantageous to a state's security.

Mr. Gomez's lectures and debates provided an intellectually stimulating and challenging environment for future policymakers. It allowed students to try their hand at debating some of the most difficult issues facing arms control experts and foreign policymakers today. Mr. Gomez's professional insight also helped students to understand the dangers associated with misinterpreting one's enemy. This course opened students' eyes to the high stakes nature of arms control and nuclear weapon policy, giving all participants a taste of the intense deliberation that goes on behind the scenes.