Reflections from the 2018 National Diaconate Congress

In July 2018, a National Diaconate Congress took place in New Orleans, Louisiana, celebrating the renewal of the Order of Diaconate. Hundreds of deacons and their wives from across the country attended the event, in which Immaculate Conception Seminary School of Theology and the Archdiocese of Newark played a significant role.

In addition to the presentation delivered by Associate Dean Dianne Traflet, J.D., S.T.D., titled "Called Out of Darkness: Building the Body of Christ from the Barracks of Dachau," she also delivered a special presentation for wives of deacons and deacon candidates, with a focus on Edith Stein. View this presentation here.

Deacon Andrew Saunders, director of the Center for Diaconal Formation, also presented a workshop in collaboration with Deacon Peter Cistero.

The following are reflections from deacons and wives who attended the Congress. 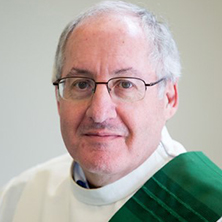 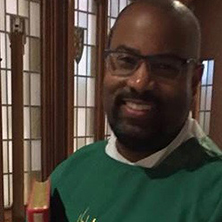 I am glad that Cardinal Tobin used the term "Christ the Deacon" (in contrast with Christ the Servant) and stated that deacons "are a necessity" during his talk. Frequently, when one hears about the beginnings of the diaconate, the point of origin is the 6th chapter of Acts, and the diaconate can be seen as a theological afterthought of the Apostles. In reality, we ought to begin with Christ always. It was Christ who handed onto his apostles, "All authority in heaven and earth" (Mt. 28:18), including the authority to serve, as dramatically demonstrated in His washing of the feet of the apostles. It is this authority that has been handed down from the apostles; to their successors, the bishops; and to us, the deacons of the Church. 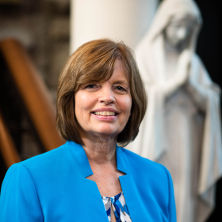 The National Diaconate Congress gathered deacons and their wives together in celebration of the many ways in which the Church has been enlivened by the renewal of the Diaconate since 1968. To me, the most important message was the call to continue to explore ways to be God's emissaries through service in our parish, community and diocese by reaching out to those needing assistance in their journey in life and in faith. 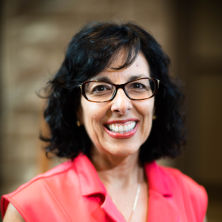 On Sunday afternoon, the grand ballroom began to fill up for the 5 p.m. welcome Mass. This mega ballroom would be our church for the next few days. And while no stained-glass windows adorned the walls, the "sanctuary" was beautifully decorated with flowers and the rows of "pews" seemed endless. The large banner posted read: "'Christ the Servant' Yesterday. Today. Forever." The noise level grew loud as Kevin and I walked up and down the aisles, searching for friends from the Archdiocese of Newark. The energy, excitement and joy were palpable! People smiled, laughed, hugged and posed for pictures. Collectively, all 2,800 of us shared a common passion – our deep love for God and our commitment to serve, and strangers though we may be, we were all part of one big beautiful Catholic deacon family. 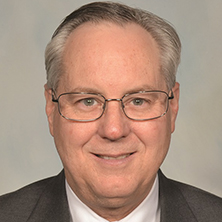 The immensity of the historic celebration of the 50th anniversary of the restoration of the permanent in the United States is just beginning to sink in deeply. It was amazing to see nearly 2,800 deacons, their wives, and children who attended magnificent liturgies and wonderful presentations on the diaconate. I was so proud of the Archdiocese of Newark and Immaculate Conception Seminary School of Theology for our important contributions to the event as attendees, and as featured speakers. It was such a blessing to vest and assist at Mass on Monday morning with Cardinal Tobin and my brother deacons from the Archdiocese of Newark.

I know in the days, weeks, months, and years ahead, I will have much to reflect upon in my own diaconal ministry and in what it means to be a deacon. I was particularly moved by the presentation made by Dr. Dianne Traflet at the World War II museum. Out of the darkness of the Dachau concentration camp, imprisoned priests had the vision to lay the seeds for the restoration of the permanent diaconate as a way of restoring the Church after WW II. Nearly 2,400 priests from 144 dioceses and 25 different countries, the largest religious community living together in the history of the Catholic Church, lived their faith with great courage. It was the Eucharist, the bread of life that provided the spiritual nourishment that sustained them, giving them joy and hope despite their suffering.

I have grown to better appreciate how the lived experience of those priests at Dachau and the horrors of WW II ingrained in millions of others, would have a major impact in the renewal of our Church at Vatican II, twenty years later with its focus on service to humankind. Cardinal Tobin noted in his talk, the Second Vatican Council taught that service (diakonia) is a fundamental characteristic of the Universal Church. In particular, the Cardinal would go on to say, "a deacons action at the altar reflect his identity of serving others…"

Cardinal Tobin's talk and Dr. Dianne Traflet's presentation were a reminder to me the deacon's ministry of charity and service, flows from, and is rooted in, our participation in the liturgy and sustained by the spiritual nourishment of the Eucharist. Jesus Christ is the model of service for all Christians, but especially deacons who through sacramental grace and the gift of ordination extend Christ's presence to the world through the witness of their lives. This was the vision of the priests at Dachau; deacons that would help renew the Church and transform the world with the love of Christ.