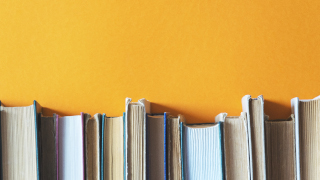 "A university is a reproductive organ of cultural community. Its constitutive endowment lies not in buildings or equipment, civil status or revenues, but in the intellectual life of its professors. Its central function is the communication of intellectual development." (Bernard Lonergan, 1951, in his Collection, "The Catholic University in the Modern World")

The Scholars' Forum in the Catholic Intellectual Tradition consists of faculty talking about their recently published or soon-to-be published books. It will take place online, every other week beginning Wednesday, September 30, through Wednesday, December 2. It is co-sponsored by the University Core, the Catholic Studies Program, the Catholic Studies Center, the Department of Religion, and Immaculate Conception Seminary School of Theology.

The series grew out of the fact that several of the faculty who teach or have taught in the Core had books recently published or coming out this year. We had decided to hold book talks in our new Core Center in Mooney 339 last spring; however, the outbreak of the Coronavirus and the shutting down of campus made that impossible. Thus, we decided to take the idea and make it virtual. 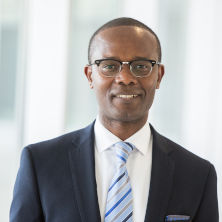 The first of these events will focus on the book of Roger Alfani, Ph.D., who teaches in the University Core and the School of Diplomacy. Alfani's book, Religious Peace-Building in the Democratic Republic of the Congo, came out late in 2019 and is a very interesting and timely study of the role of church groups that function as part of the peace-building process in the Democratic Republic of the Congo.

In one of several descriptive comments on the back cover, Patrice Brodeur of the Universite' de Montreal says, "This remarkable book is the result of courageous ethnographic research that sheds new light on the notions of peace and peace-building from the perspective of persons living in a precarious context at many levels."

The Scholars' Forum in the Catholic Intellectual Tradition will continue with readings by faculty authors approximately every two weeks through Microsoft Teams. See the schedule for upcoming speakers and topics: