Pope Francis Encourages Us to Live Together as Brothers and Sisters Pope Francis encourages us to live together as brothers and sisters.

In these pages of reflection on universal fraternity, I felt inspired particularly by Saint Francis of Assisi, but also by others of our brothers and sisters who are not Catholics: Martin Luther King, Desmond Tutu, Mahatma Gandhi and many more. Yet I would like to conclude by mentioning another person of deep faith who, drawing upon his intense experience of God, made a journey of transformation towards feeling a brother to all. I am speaking of Blessed Charles de Foucauld.

Blessed Charles directed his ideal of total surrender to God towards an identification with the poor, abandoned in the depths of the African desert. In that setting, he expressed his desire to feel himself a brother to every human being, and asked a friend to "pray to God that I truly be the brother of all". He wanted to be, in the end, "the universal brother". Yet only by identifying with the least did he come at last to be the brother of all. May God inspire that dream in each one of us. Amen. 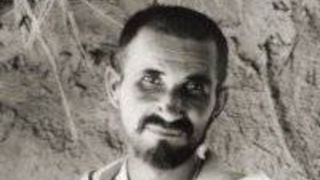 How interesting that the Holy Father uses the exact phrase that is the title of our first Core class, Journey of Transformation to refer to the experience of someone Pope Francis announced (in late May) would be canonized. Blessed Charles de Foucault went through a series of changes, going from a rich young man leading a dissipated life to a more serious student of geography in the near East, to a deeply spiritual monk, who lived in the desert in Algeria, serving the poorest of the poor. His faith took him into the central core of his being, where the love of God led him to be come a brother, frater, among other brothers, fratelli. Pope Francis mentions two other figures that came up this week in my own Core class, Journey of Transformation. As we discussed the Bhagavad Gita, we learned a bit about Mahatma Gandhi, whose own transformation, through the influence of the Gita as well as the teachings of Jesus, led him from being a quiet, self-effacing lawyer, to the iconic leader of the non-violent movement that led to the overthrow of the British colonial power. As Pope Francis says, Gandhi was an inspiration of "universal fraternity."

Similarly, Martin Luther King, Jr., also mentioned by Pope Francis, was discussed in our class in relation to Gandhi, whose teachings influenced King in the practice of non-violence. We noted how Gandhi, a Hindu influenced also by the teachings of Jesus, in his turn influenced a Christian minister, King. One transformation led to another, and societies were transformed as a result. King lives on in the fraternity of the Beloved Community he envisioned and sought to create. In order for our society to change today, we (and by "we" I do not mean only Americans) have to start seeing one another not as enemies or rivals but as brothers and sisters, neighbors in the sense of the term used by Jesus in the parable of the Good Samaritan.

This parable from the Gospel of Luke, which the Pope mentions in the encyclical, tells the story of a man robbed on a journey between Jerusalem and Jericho and, after being passed by and not helped by a priest and then a Levite, is assisted kindly and generously by a Samaritan (Luke 10: 25-37). The story is particularly telling in the choice of characters, with the man (presumably a Jewish man, like Jesus and his audience) being helped by a supposed enemy ("for Jews have no dealings with Samaritans" as the surprised Samaritan woman said to Jesus as he spoke with her in John 4:9). The story represents an unveiling of the eyes of the Samaritan, who is able to see in a stranger, even an enemy, a neighbor in need of help. Fr. Bill McCormick, S. J. in America, describes the Pope's analysis of the parable this way: "… [L]ove, suffuses the text as the great theme of the parable of the good Samaritan. As Pope Francis notes, 'The parable is clear and straightforward, yet it also evokes the interior struggle that each of us experiences as we gradually come to know ourselves through our relationships with our brothers and sisters' (No. 69). In focusing on this interior struggle, he stresses that the primary challenges we face in public life today are spiritual, not theoretical or technocratic. Jesus, Pope Francis writes, asks us not to decide who is close enough to be our neighbor, but rather that we ourselves become neighbors to all' (No. 80)."

The key word here is "become" as we allow ourselves to be transformed into brothers and sisters with everyone, not just those like us, who agree with us, but everyone. The Pope's encyclical, which I look forward to reading, offers a challenge based on the hope that people can change, and that change is what we need in terms of viewing and treating one another as brothers and sisters. The Holy Father is rightly concerned that we have not lived up to this deeply important and necessary challenge in light of the corona virus. However, there is always hope and the ability to transcend the narrow boundaries of our selfishness with a love that recognizes the presence of God, in all others but especially in the marginalized and the peripheries.