The late Henry F. Roman, and his wife, Maryann

A $750,000 gift received from the estate of the late Henry F. Roman, a 1954 graduate, and his wife Maryann, will help to further advance Seton Hall's Core Curriculum. Recognizing the Core as an integral component of a student's development at the University, the gift will support the Core curriculum director's position.

"The University Core is the basic unifying academic experience of all our undergraduate students," said Karen Boroff, Ph.D., Seton Hall's Interim Provost and Executive Vice President for Academic Affairs. "We are so appreciative of the Roman Family's gift, which will provide additional support to this fundamental and intellectually rigorous program." 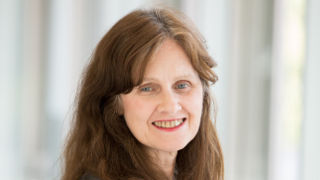 Nancy Enright, Ph.D., the current Core director and a professor of English

Nancy Enright, Ph.D., the current Core director and a professor of English, will serve as the inaugural Henry F. and Maryann Roman Core Curriculum Director. Professor Enright has been an instructor at Seton Hall for three decades. In addition to teaching in the English Department, she teaches in the Department of Catholic Studies, where she also serves on the advisory board. Her research interests focus on the connections between literature and theology, and she has published in Logos: A Journal of Catholic Thought and Culture, The Chesterton Review, Renascence: Essays on Values in Literature, and Commonweal. She is the author of two books, Community: A Reader for Writers (Oxford University Press) and Catholic Literature and Film (Lexington Press), as well as a 2015 recipient of the University's McQuaid Medal for Distinguished Service.

"I am very grateful that the Roman family has generously agreed to support the Core Director position," said Professor Enright. "The financial support will allow us to expand on our service-learning initiatives in the community, as well as have additional speakers to enhance the mission-directed aspects of the Core."

The Core is centered in the University's Catholic intellectual tradition and is composed of three unique signature courses (Journey of Transformation, Christianity and Culture in Dialogue, and Engaging the World) along with the attainment of several critical proficiencies. It is staffed by Core Fellows, recent post-docs, who bring enthusiasm and scholarship in related fields (such as theology, philosophy, biblical studies, church history) to their teaching, as well as by a wide array of talented professors from a variety of departments and disciplines, such as English, Communication, Religion, Nursing and many others. As part of the Core's curriculum, students read and discuss great works that explore issues fundamental to the human experience, such as faith, good and evil, happiness, and justice – engaging their intellect while developing essential proficiencies and literacies.

"The Core is an important component of our Mission, which seeks to educate students as servant leaders, engaging the whole person," noted Enright. "As a result of the gift from the Romans, students will be able to go beyond the discussions in the classroom and actually do more of the service learning."

In addition to the increase in guest speakers in classes, Enright says there will be an expansion of partnerships with local churches. Also, the Core will expand on the work currently being done with several organizations including I THIRST, a program offering a spiritual approach for those in recovery from substance use disorders.