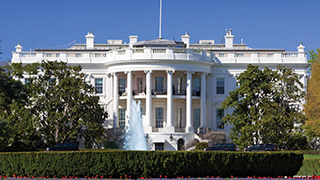 On October 21 through the 23, the Institute for Communication and Religion (ICR) at Seton Hall University hosted "Communication and Religion in the 2020 U.S. Presidential Election," funded by a generous grant from the Lilly Fellows Program. This free online conference presented some of the foremost scholars in the fields of communication, religious studies, and political science at Seton Hall to share their expertise with students, faculty and the general public.

The event kicked-off Wednesday, October 21 with opening remarks from host and ICR Director, Jon Radwan, Ph.D., who welcomed audiences and introduced Monsignor Dennis Mahon, Ph.D. He shared an opening blessing and said, "We have come a long way; we have been so adaptable and switched from an in-place to an online event. We should recognize and appreciate that." Originally planned for April 2020, SHU's pandemic response required postponing and developing a new digital format. Mahon praised the labor devoted to producing the event and was followed by Professor Heidi Campbell's talk called "Internet Memes and American Civil Religion." She discussed the influential role memes play within larger discourses surrounding politics and religion. 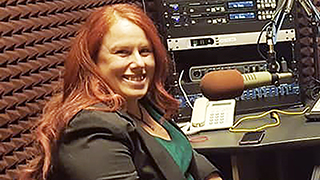 She explained that "memes have filtered into the world of education, religion and politics. In the 2016 election, memes were often used, especially by people online, to talk about their favorite candidates and critique others. In the 2020 election, we see memes have moved into the mainstream sphere and have gained media coverage." To emphasize her points, Campbell displayed memes with popular Game of Thrones and How I Met Your Mother characters and critiqued their religious and political content. Campbell also discussed the dark side of internet memes and the idea of civil religion. "It's a particular type of religion that is being used and presented as the dominant frame and dominant belief system of America and American people. One of the general narratives that was very strong in 2016, and has been echoed again, is that religion and politics do mix, but they shouldn't," she said. 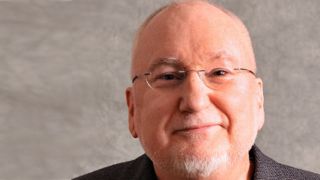 On the following day, October 22, there were three keynote presenters: Ronald C. Arnett, Ph.D.; Robert Pallitto, Ph.D., J.D.; and Jo Renee Formicola, Ph.D. The day began with Arnett's presentation "Practices that Matter: The Faith and Politics of Dorothy Day." He explained how the journalist and social activist used her faith to advocate for others. "Dorothy Day is a wonderful exemplar of someone who was both critical and supportive of the church. She offers us an example of how practices matter," Arnett said. He spoke to the transformative nature of charitable and activist practices, especially within the faith that drives identity and action. Arnett continued praising Day's co-creation of the Catholic Worker Movement, which aims to realize the justice and service of Jesus Christ.

"If one is in agreement or disagreement with Dorothy Day, one cannot ignore the power of knowing why you are doing something and having a practical impact," he said. Arnett challenged the audience to stay engaged with their practices and "why" behind them. "What sustains us at times is not success, but for the recognition that this is the right thing to do and I know why," he shared. Arnett detailed the importance of being a part of communities and the ability to work with others we may not like. Arnett conclude his talk with a key takeaway: "This time is wonderful to find our way, rediscover the importance of family, the importance of connections, and our commitment to practical necessities for being concerned about the poor." Following Arnett's presentation, Pallitto addressed "Trump, the 2020 election, and the Limits of Ideological Theory." His presentation focused on the intersection of religious beliefs and political power in the United States. He defined the strength of this relationship by sharing statistics from the Pew Research Center. "Winning a presidential election to garner or retain political power — to do that is to secure a positive voting outcome. One of the things that contributes to this is by shaping beliefs of voters, their preferences, policy and character," he said. Pallitto explained by providing an evolutionary timeline of ideology theory and applying it to the French Revolution.

Pallitto delved into pitfalls of ideological theory referencing key Marxist scholars in the field. "Criticizing the interest of others presumes that there is an objective answer to these questions," he said. Pallitto shared personal anecdotes that painted a picture of how others could not define the interests of others and the importance of self-autonomy.

Pallitto concluded his presentation with these sentiments: "There are all these phenomena that have occurred under this administration that cannot be captured under a cohesive and coherent ideological theory. So where does that leave us? We live in an age of irony." During the Q & A, members within the audience asked Pallitto to explain the irony surrounding the election, divisiveness in American politics, and engaging new voters. 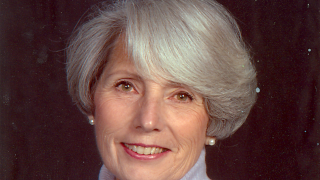 Formicola, the concluding speaker for the evening, focused on the representation of Catholicism in the media and the intersection of Catholic values and voting in her presentation "Catholics, the Media, and the 2020 Presidential Election." She provided an in-depth overview of different political policies, appointments, and how Catholic political figures "live their dogma." Additionally, Formicola spoke to the "Catholic vote." She said, "The idea of the Catholic vote is a myth; Catholicism is not monolithic. They have different ways of thinking and displaying their religion." She further explained how the intersecting elements would affect how Catholics see their political role, including variables such as race, gender, and education.

Formicola continued, explaining the church's three essential political roles. "The institutional Catholic church sees itself as a morale advocate to help form consciousness. Secondly, they see it as their job to prioritize respect for human beings. Thirdly, they believe it is their responsibility to teach about morale values which is central to their mission," she said. In addition to sharing the church's essential roles, Formicola delved into how Catholicism is expected to play a role in influencing politicians' decisions. "The church expects that politicians and political actors will be morally coherent and consistent in supporting laws and policies," she said.

She concluded with political and moral terms. "After all is said and done, opposing evil and doing good are essential obligations and dual responsibilities."

A highlight of the event was the Debate Watch Party held on Thursday evening. More than 20 people gathered to listen to an educational introduction from Seton Hall Communication Professor Catherine Zizik, who explained how to evaluate the merits of a debate. During the debate itself, attendees engaged in real-time chat to critique candidates, and ask questions. President Trump and former Vice-President Biden did not directly address religion, but President Trump's claims that windmills emit fumes and kill birds was carefully considered by attendees. Freshman and MLK Scholar Amber Aragon was the lucky winner of Presidential Debate Bingo, an innovative issues-based student political engagement strategy that the ICR adapted from the University of Utah. The final day of the conference was held Friday, October 23, with a full Q & A session with Peter Beinart, M.Phil., a professor, political commentator and journalist, alongside ICR Director Jon Radwan. Moderated by Seton Hall Instructor McKenna Schray, Ph.D., Beinart and Radwan answered questions submitted by attendees during registration. Many questions asked about the importance of this upcoming election, religion's role in political participation, and scriptural teaching on politics. One student asked, "Why is this election in particular, catering towards Christian/Catholic ideologies and moral frameworks? From a Catholic perspective, is it appropriate for priests to comment on political matters geared towards one party over another?"

Beinart took a broad stance to answer this question, providing an overview of the cultural changes that occurred for American Catholics in the early 1950s and 1960s. "American Catholics and Jews became disillusioned with the Democratic party in the wake of cultural movements of the 1960s . . . [and] the democratic party has been trying to get that demographic back ever since," he said. "If you look at the career of someone like Joe Biden, a Catholic comes into the wake and backlash of those cultural changes, you see him spending his career wrestling with this question." Radwan answered the same questions in two parts. "I'm not sure if there is a difference in this election and previous elections. In 2016 there were clear appeals and connection with Evangelical Christians and President Trump, a pattern that largely continues today," said Radwan. "From the Catholic perspective for leaders and especially priests, to comment on political matters and especially party matters and candidates, Catholics are more diverse than people think. As for leadership, they must refrain from endorsing candidates and doing work for parties. With that said, leaders are people, and they will have their own opinions." 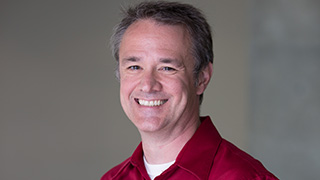 The ICR partnered with Shemaroo, a leading media content and distribution company based in India who simulcast all conference events. Upon completion Kunal Wadhwani, Shemaroo's USA General Manager sent his congratulations and gratitude for a "great association," and said he was looking forward to future collaborations. An ICR conference on religion and music is currently under consideration for Spring 2021.

The ICR has planned extensive follow-up for this conference. Remaining questions from registrants will be answered in a forthcoming interview with Dr. Arnett, and videos and transcriptions of all presentations with be posted on the ICR website. Audience response surveys were collected from attendees and will be used to refine planning for future events.

About the Institute for Communication and Religion

Launched in Fall 2017, the Institute for Communication and Religion within the College of Communication and the Arts provides a nexus for ongoing scholarly exploration of communication topics critically important to religion and society. Guided by the spirit of ecumenical and interreligious cooperation, the Institute seeks to engage in public dialogue and debate, promote academic inquiry and support the religious dimension of creativity — all while upholding the values of servant leadership, curricular innovation and intellectual excellence.