Communication & Religion in the 2020 Election

Join us during this LIVE broadcast event to learn about the role of religion in the upcoming 2020 presidential election from experts in the field.

Presented by the Institute for Communication and Religion

The three-day virtual conference "Communication and Religion in the 2020 U.S. Presidential Election," funded by the Lilly Fellows Program, brings experts in the fields of communication, religious studies & political science to Seton Hall. The event is free and open to the public.

The conference will be broadcast LIVE by Seton Hall and video of key portions of the event will later be made available for those who cannot attend.

The ICR gratefully acknowledges funding from the Lilly Fellows Program that helps make this conference possible.

The event will be simulcast by Shemaroo, a leading media and content distribution company in India. 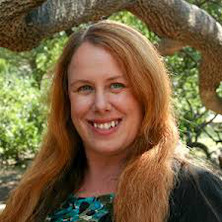 Heidi A. Campbell’s research focuses on how religion is translated and transformed by digital cultures and the influence of digital and mobile technologies on Christian, Jewish and Muslim communities. She is Professor of Communication, affiliate faculty in Religious Studies, a Presidential Impact Fellow at Texas A&M and director of the Network for New Media, Religion and Digital Culture Studies. She is also co-editor of the Routledge’s Studies in Religion and Digital Culture book series and on the editorial board of the Journal of Computer-mediated Communication, New Media & Society, the Journal of Media, Religion & Digital Culture and Ecclesiology & Ethnography. She has authored over 90 articles and books and also edited four works including Digital Religion: Understanding Religious Practice in New Media World (Routledge 2013) and Playing with Religion in Video Games (University of Indiana Press, 2014). Her work on digital religion has been widely quoted in national and international media outlets including the Houston Chronicle, Los Angeles Times, The Guardian (UK), LaVanguardia (Spain), Los Angeles Times, Wall Street Journal, USA Today and she has been interviewed by CBC, the BBC, Australian ABC radio and has appeared on PBS's Religion and Ethics program. 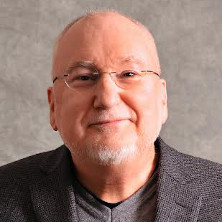 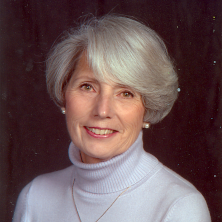 JoRenee Formicola's specific field of expertise is Church-State relations. While at Seton Hall University, she has published extensively on political and religious topics that deal with the relationship between the Catholic Church and the American Government. She is the author of five books: Papal Policies on Clerical Sexual Abuse; Clerical Sexual Abuse: How the Crisis Changed U.S. Church-State Relations; The Politics of Values; John Paul II: Prophetic Politician and The Catholic Church and Human Rights. She is also the co-author of two other books: The Politics of School Choice and Faith-Based Initiatives and the Bush Administration. Formicola has published extensively in peer-reviewed journals and currently serves on the editorial board of the Journal of Church and State. She is often seen on television doing commentary on religious issues, especially those related to Catholicism, the papacy, and U. S. politics. 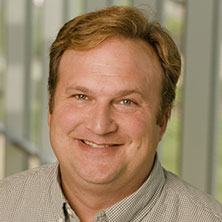 A former public interest lawyer, Robert Pallitto received his B.A. cum laude from Rutgers University, his law degree from the University of Michigan Law School, and his Ph.D. from the New School for Social Research. As a lawyer, he was lead counsel or co-counsel in several precedent-setting New Jersey cases involving public entitlements and housing rights. Pallitto researches and writes on civil liberties, executive power, constitutional law, critical theory and contemporary political thought. His latest book, In the Shadow of the Great Charter, was a study of the Magna Carta's influence on American constitutional law. His previous publications include two books: Presidential Secrecy and the Law and Torture and State Violence in the U.S. Pallitto has also authored and co-authored numerous articles for the scholarly and popular presses, as well as amicus briefs in several government secrecy cases. He comments frequently in the media on law and individual rights cases. 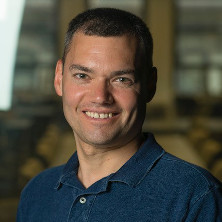 Peter Beinart is Professor of Journalism and Political Science at the City University of New York. He is also a Contributing Opinion Writer at The New York Times, a CNN Political Commentator, Editor-at-Large of Jewish Currents and a Non-Resident Fellow at the Foundation for Middle East Peace. His first book, The Good Fight, was published by HarperCollins in 2006. His second book, The Icarus Syndrome, was published by HarperCollins in 2010. His third, The Crisis of Zionism, was published by Times Books in 2012. Beinart has written for the Wall Street Journal, the Financial Times, the Boston Globe, the Atlantic, Newsweek, Slate, Reader's Digest, Die Zeit, Frankfurter Allgemeine Zeitung, and Polity: the Journal of the Northeastern Political Science Studies Association. He has appeared on "This Week with George Stephanopoulos," "Charlie Rose," "Meet the Press," "The Colbert Report" and many other television programs. Beinart graduated from Yale University, winning a Rhodes scholarship for graduate study at Oxford University. Scholars interested in the intersection of communication, religion, and politics are encouraged to submit their work to our partner, the Journal of Inter-religious Studies.

About the Institute for Communication and Religion

Launched in Fall 2017, the Institute for Communication and Religion within the College of Communication and the Arts provides a nexus for ongoing scholarly exploration of communication topics critically important to religion and society. Guided by the spirit of ecumenical and interreligious cooperation, the Institute seeks to engage in public dialogue and debate, promote academic inquiry and support the religious dimension of creativity — all while upholding the values of servant leadership, curricular innovation and intellectual excellence.