NOTE: This event has been postponed until Fall 2020. The South Orange Maplewood Film Festival (SOMA) is a professional film festival founded and directed by Matt Smollon. The festival features the work of independent filmmakers, including shorts, documentaries and narrative films. SOMA will enter its fifth year with a six-day event showcasing films from around the world. Students, faculty, and alumni of the College of Communication and the Arts continue to submit their work and become a part of the vibrant, creative community in the towns of South Orange and Maplewood, New Jersey.

After two years of remarkable success and support at the South Orange Performing Arts Center (SOPAC), SOMA moved to the Woodland in Maplewood Village in 2018 and will return there for its third consecutive year in 2020. The Woodland provides a larger space to screen film programs, as well as a smaller, more intimate space for visual art exhibits and other events. The festival also welcomes back its kids and family program, youth and local filmmaker program, and a screenwriting competition due to the community's enthusiastic response. SOMA's 2020 programming and film schedule will be announced in mid-January, with tickets and festival passes on sale shortly afterward.

The College is proud of the ongoing partnership with SOMA. Communication and the Arts' students are provided a direct line to the professional world of festivals, filmmaking, producing and even distribution in the film business. In 2016, then undergraduate student Matthew Borello submitted one of his films to SOMA - his first ever film festival - and was so inspired by the experience and encouragement that he went on to submit that same film, "Dinner Time," to the Hollywood Boulevard Festival. "Dinner Time" went on to win the award Best Dramedy (Drama/Comedy) Short Film in the student category.  SOMA affords students opportunities to work behind the scenes as well - several students have interned for the festival, learning the ins and outs of marketing, social media engagement and public relations. College of Communication and the Arts film faculty and administrators alike are enthused to continue this partnership with SOMA. Professor of Visual and Sound Media Thomas Rondinella and Faculty Associate of Digital Media Production William Pace are no strangers to filmmaking and producing - both having had their share of films accepted and widely distributed. Most recently, the two teamed up to work on a comedy short. "Pezzavonante" (Big Shot), was produced by Rondinella and edited by Pace. "Pezzavonante" was selected for the Orlando Film Festival, screening in October 2017. Additionally, Pace's short film "Little Piggy" won "Excellence in Fiction Short Filmmaking" at the August 2017 University Film and Video Association annual conference. For more about SOMA, visit www.SOMAfilmfestival.com 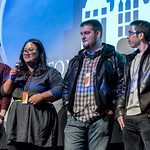 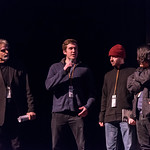 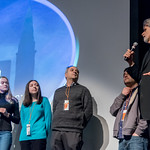 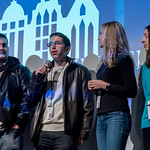 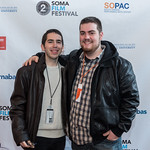 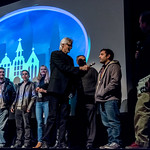 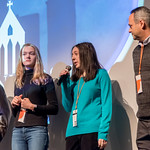 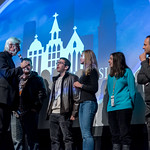 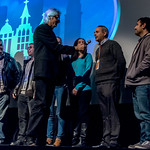 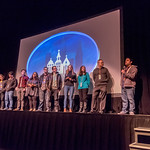 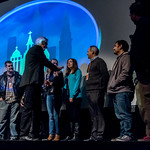 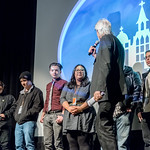 Seton Hall and SOMA present the student and alumni program to be screened at the annual festival coming up on March 18. Seton Hall and SOMA present the student and alumni program to be screened this weekend on Sunday, March 24.