Soccer has often been called "The Beautiful Game," and capturing that beauty behind the lens in the split second that it happens – both on and off the field – is the passion-fueled profession of Katie Cahalin '16.

Back in October, Cahalin began the latest chapter of her exciting career when she became the Digital Content Coordinator for New York City FC. For Cahalin, working for a Major League Soccer team in the media capital of the world has been every bit as thrilling – and rewarding – as the former Setonian staff photographer could have imagined. She hit the ground running with her involvement in the New York City Soccer Initiative – a public-private partnership that plans to build and maintain 50 mini-soccer fields in underserved neighborhoods across the city's five boroughs over the next five years.

"There was no better way to start off a new job than being involved in an event like this. Every kid was on their feet, active, and having a great time," said Cahalin, who designed graphics to promote the event and took photos of the ribbon-cutting ceremonies in Manhattan and the Bronx. "I could tell right away that these soccer pitches (fields) were going to make an impact. I think it's so easy to get caught up in our own little bubble, so being part of something much bigger was pretty incredible."

It's a fitting role for the College of Communication and the Arts alum. Having majored in Broadcasting and Visual Media, it was her concentration in TV Production and her minor in Graphic Design that shaped her career path. Cahalin is fascinated by shooting not just the action, but also the stories that develop outside the lines. While Cahalin enjoys capturing the incredible passes, saves and goals during a match, she is always on the lookout for moments of raw emotion – or anything that might capture a person's eye but will never show up in a box score. "I've always liked to look at the bigger picture when I'm shooting a game. Some of my favorite photos have been of fans, players' shoes or tattoos, or players who are absent from the main action," said Cahalin, whose responsibilities for NYCFC include shooting training sessions, events and various game-day aspects. "Shooting the action is easy, the real fun comes from looking outside of that."

Cahalin credits SHU for opening up her eyes to the idea of a career in sports – something she never would have thought of otherwise. She's grateful for her years with The Setonian, and the valuable experience she gained as a production manager for Pirate TV, because having both jobs taught her how to balance a heavy workload and work under pressure effectively. The knowledge and practical training she received from her time on campus propelled her to freelance opportunities with Equalizer Soccer, the Yes Network and even NYCFC as a prelude of things to come.

"Whether it's the classes or organizations like Pirate TV and The Setonian, there is something for all of your creative needs as long as you go after it," Cahalin said. "Gaining that experience in video production, photography and graphic design led me to my position now where I use each of those skills regularly."

She never seems to be too far away from the sport she loves while doing what she loves, and she hopes that her passion resonates in her photography. "If I can get other people to enjoy my work half as much as I enjoy shooting it, then it's worth it to me," Cahalin said. And as she continues to point the camera forward in anticipation of the next picture-perfect shot, whenever she looks back on her days in South Orange, she can recall a time where her openness to new experiences kick-started a flourishing and fulfilling career.

See a full gallery of Cahalin's work by visiting her site, click here.

For more information on the Visual and Sound Media program, contact Associate Dean Thomas Rondinella, at 973-275-5837, or via email at Thomas.Rondinella@shu.edu

The author of this feature, Jerry Laguerre, is a Seton Hall alum from the College of Communication and the Arts. Class of 2001, Laguerre majored in Communication with a concentration in Journalism.

All images included with this article are originals by Katherine Cahalin. 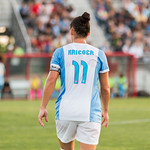 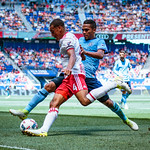 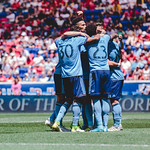 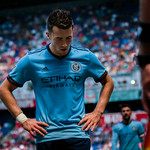 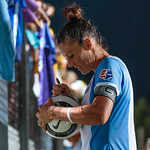 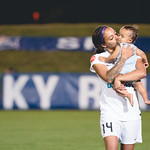 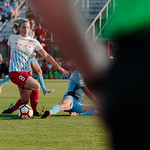 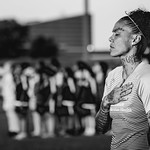 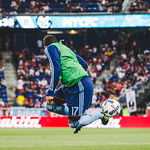 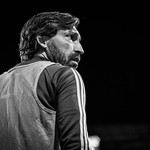 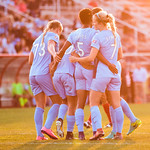 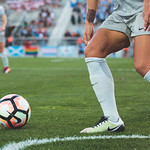