Bringing the community together over the airwaves, WSOU welcomes students of ALL majors 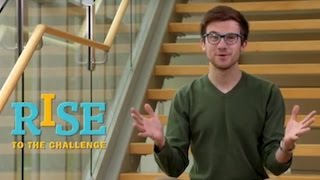 Rise to the Challenge

Our award-winning station broadcasts from the University's South Orange campus, reaching all five boroughs of New York City, most of NJ, and streams live on iHeartRadio.

Students of any major are welcome to work at WSOU, and can expect to:

WSOU 89.5FM has been nominated twice in the last four years by the National Association of Broadcasters Marconi Awards - winning the coveted Best Non-commercial Station of the Year award in 2016.

General manager Mark Maben stated, "Although we're a student-run radio station, we broadcast live to one of the largest media markets in the world. We're firmly within the New York Metropolitan market and students seem to know that they need to bring their 'A-Game' here, and they do – consistently."

What year did WSOU 89.5FM win the Marconi award for Best Non-commercial Station of the Year?

The first five people to submit the correct response will win a $25 gift card to the Seton Hall Bookstore. Click above to submit your answers!

See our 6 other ways!
Back to top